Plots of Land For Sale in Pygros Limassol Cyprus

Pygros Plots of Land For Sale in Limassol Cyprus

A good sized plot of development land in the very popular and sought after village of Pyrgos, Limassol with 95% building allowance. This property has been in the owner’s family for many generations and comes onto the market for the very first time.

it is situated in an elevated position with superb mountain views. The front boundary of the land is adjacent to a quiet road which provides easy access to the plot. There is also a secondary access point to the road running along the side of the property. Although the map shows a ‘pathway’ between the two plots, this is no longer in existence and the plot is in fact one whole piece.

The village has an excellent variety of facilities which include a shop, bakery, excellent traditional restaurants, community centre, play park, various tavernas and a church.

As well as the stunning mountainous landscape that surrounds Pyrgos, it is just a five minute drive away from the famous Amathus Hotel and the beautiful promenade along the sea front and the new Limassol Marina with its excellent family friendly restaurants and coffee bars is just a twenty minute drive away.

The village of Pyrgos is in the Limassol district, about 13 kilometres east of the city of Limassol. its administrative boundaries reach up to the sea.

Pyrgos receives an annual rainfall of about 430 millimetres; citrus, olive and locust trees, cereals, forage plants, various fruit trees, a few grapevines and very few legumes are cultivated in the area. Various types of vegetables and especially tomatoes are also cultivated. Pyrgos is famous for the quality of its tomatoes.

Stockbreeding in the village is limited.

The village is included in the large irrigation project of the South Duct and has benefited in the context of the second phase with the irrigation of about 100 hectares.

The village existed during the Medieval times under the exact same name. in old maps it is marked under the name Pirgo and Birgo.

The name of the village originated from the fact that there was a tower in the region, apparently one of the Byzantine years. A tower must have existed also during the Frank domination era, in the sense of a central building of a family of nobles, to which the village -as a feud -belonged to. We have no records on which family of nobles it belonged to.

in any case the tower that existed in the village was a common Medieval one. Nearchos Clerides reports a local tradition according to which a “Pyrgos tis Rigainas” (Tower of the Queen), from the floor of which began a tunnel that extended to Amathous. As it often occurs with such traditions that are related to medieval or more ancient structures, the legendary existence of some great treasure is necessary. in the case of Pyrgos, the legendary treasure is a solid gold carriage with which the notorious Rigaina moved around. An old building in the village is known as “rigoudin” and it is believed that its floor is that of the original tower from where the tunnel begun.

in the region of the village there are at least two archaeological sites from Prehistoric times that prove an older inhabitation of the area. No proper archaeological excavations have been conducted yet. Besides, the village is too close to the ancient city of Amathous, to which its area was included in its administrative range. 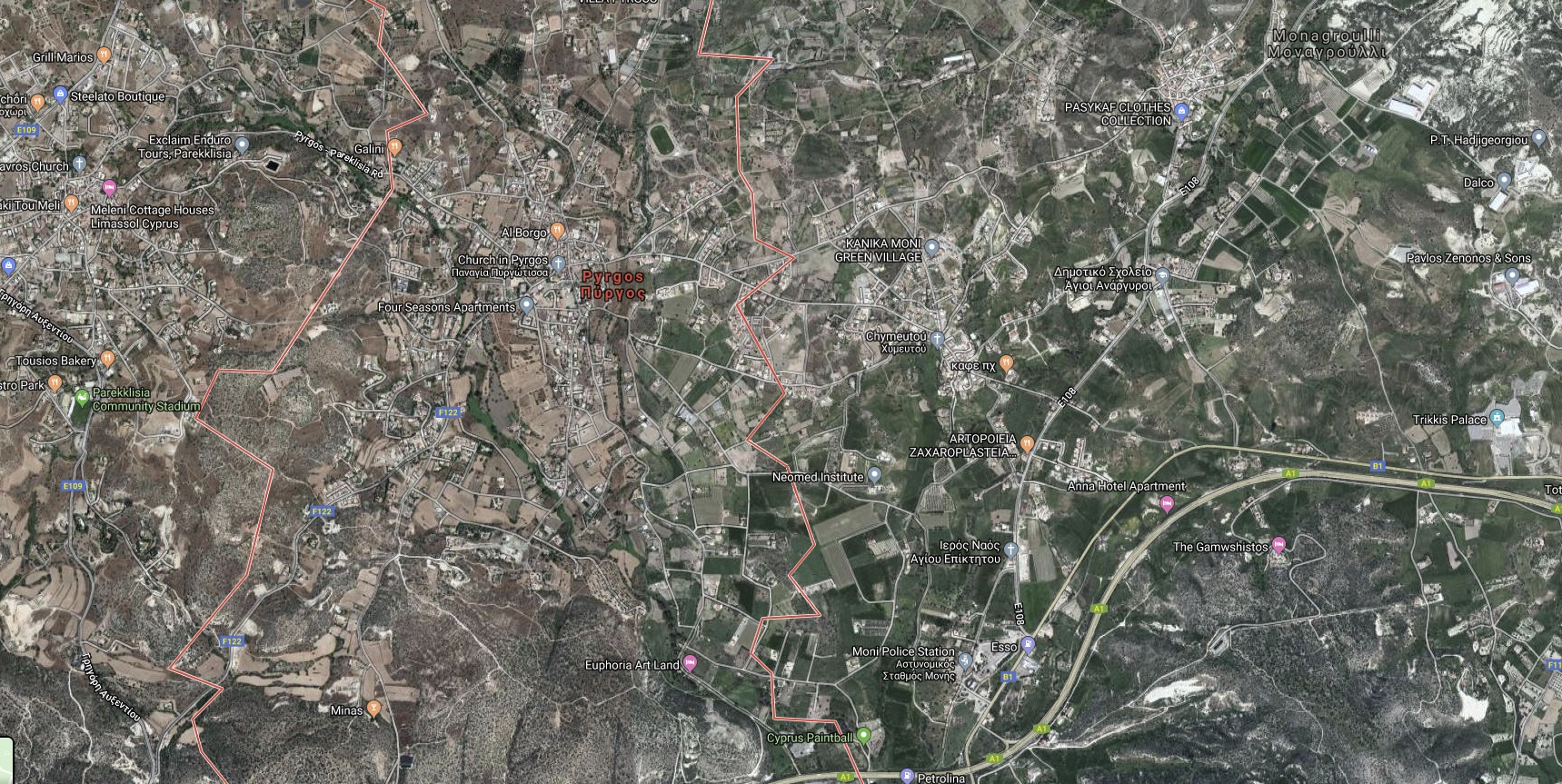 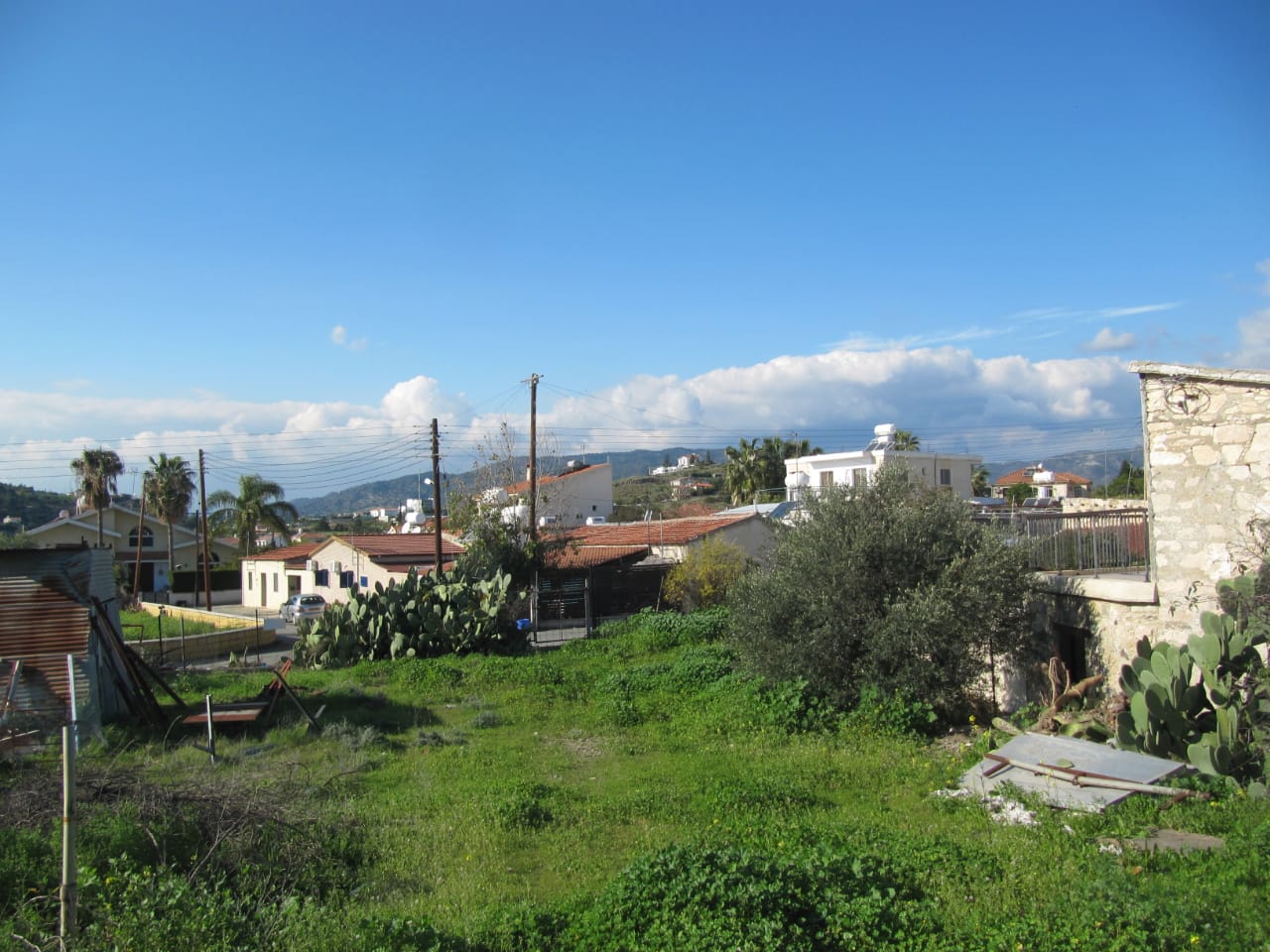 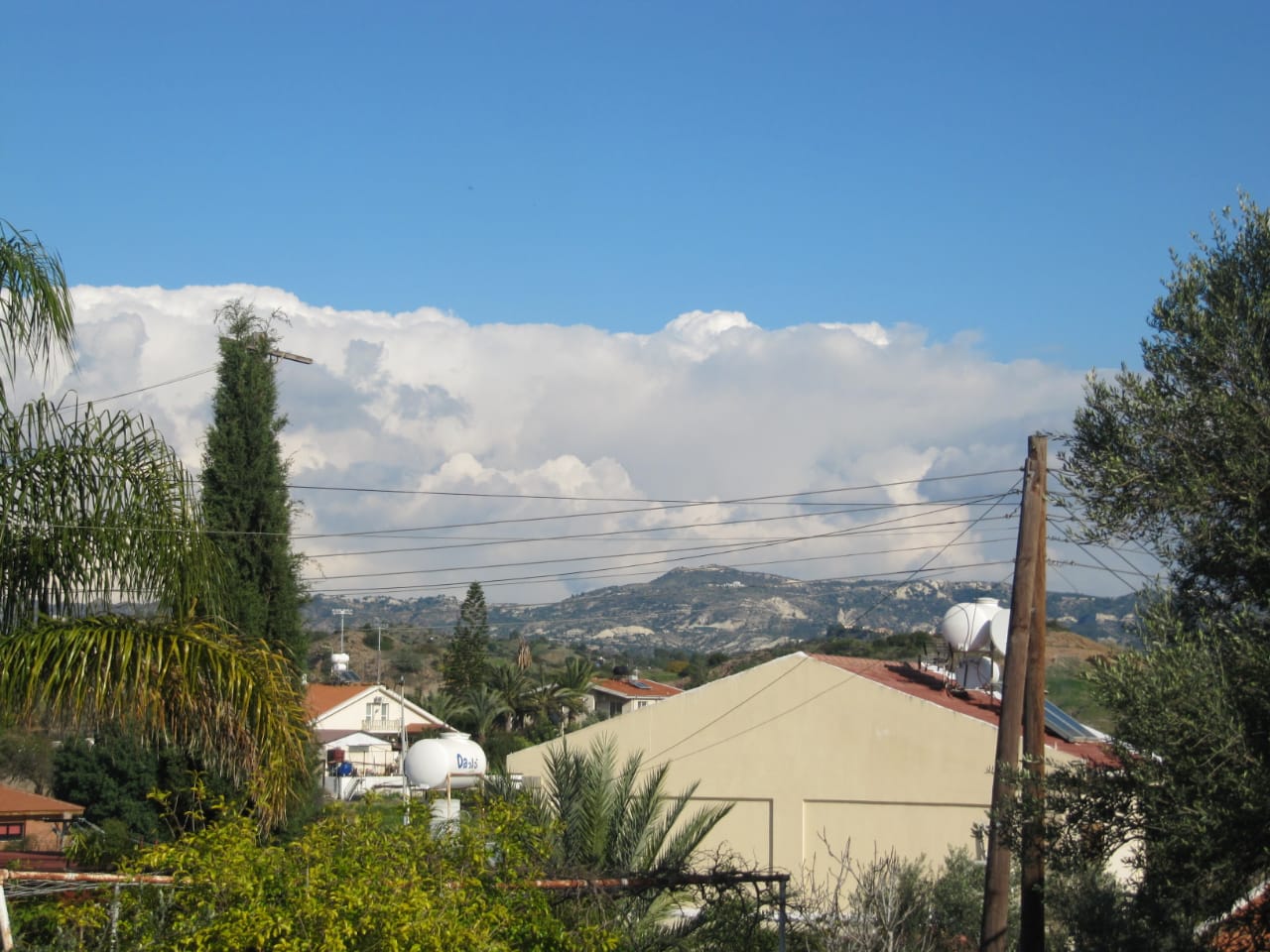 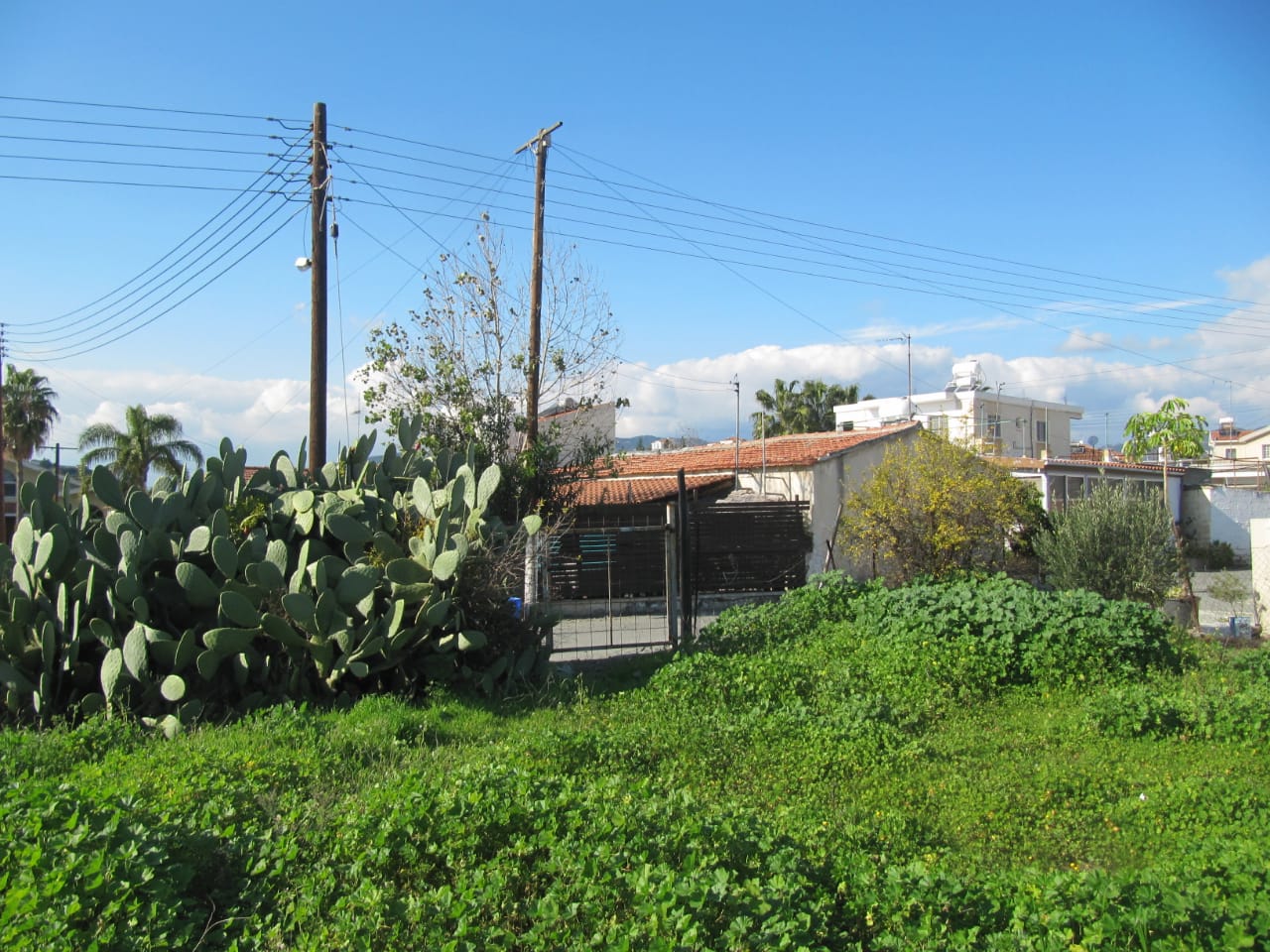 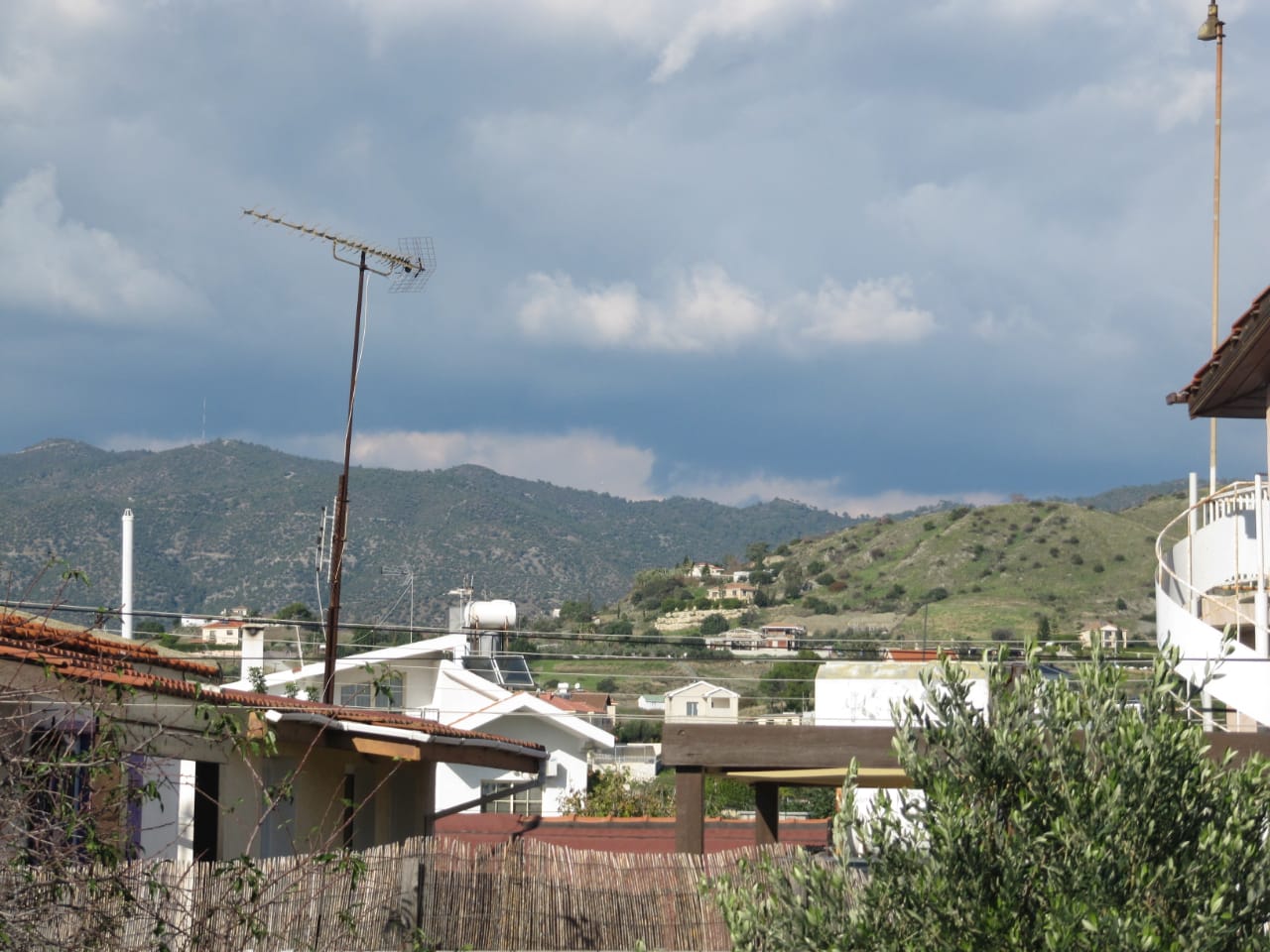 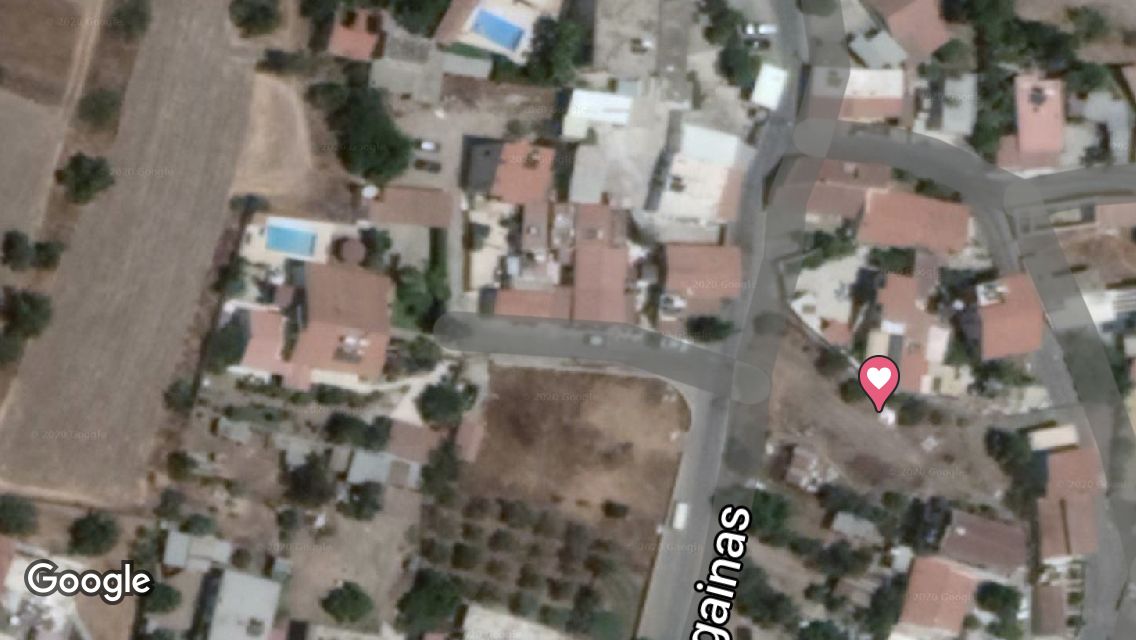 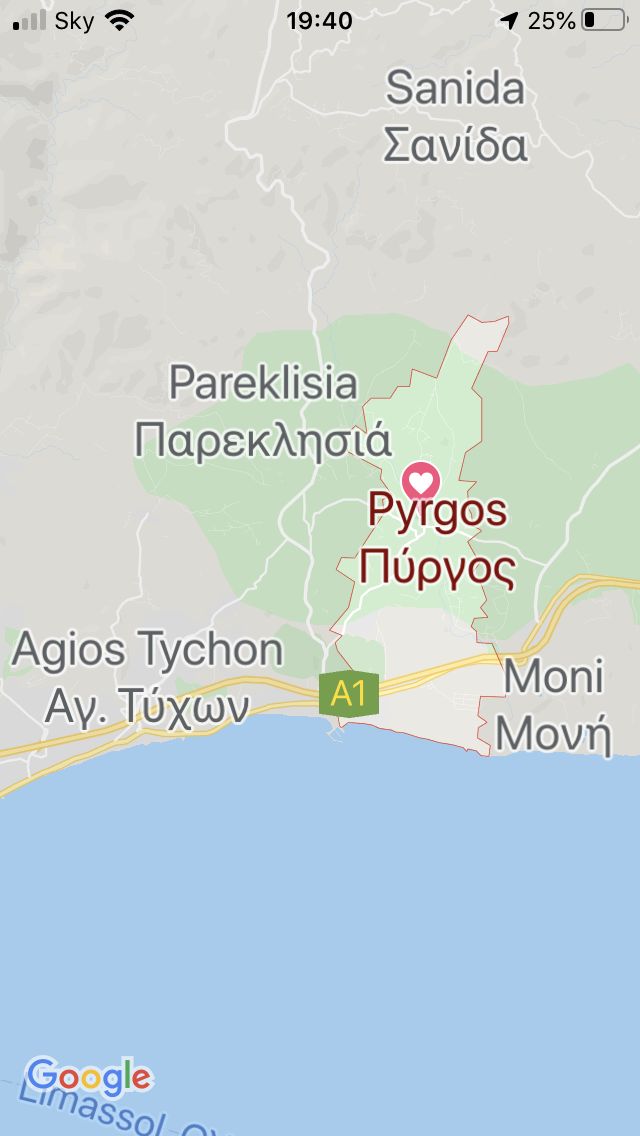