The land is located in full green Northern Evia in the village of Agios, 6 km from Edipsos with the famous “Thermae Sylla Spa and Wellness Hotel”, and 3.5 km from the huge sanded beach Agiokampos.

Edipsos is known worldwide for its Thermal Baths.

The view of the plots is panoramic and overlooks the huge sandy beach of Agiokampos as well and the magical Pelion.

The island of Evia is one of the closest to Athens.

Edipsos is only 2 hours by road from Athens via the highway and ferry boat. When you arrive from the highway in the area of Arkitsa, the ferry will take you to the port of Edipsos within half an hour.

However, it is not widely known and remains unspoilt. That is because Evia is so large that there is much to know about it. Second in size to Crete, it stretches from the tip of the Pelion Peninsula all the way south to the coast of Attika. it’s southern tip is just a short distance from the Cycladic islands of Andros and Kea though unfortunately there is no ferry connection. if there were, more tourists would come here. As it is, because it is so close to the mainland that you can drive to it, Evia has been and remains a popular summer holiday destination for Greeks and Greek-Americans, Canadians, Australians and others whose families originally came from the island.

But there is a way to go to other popular islands from there.

People can also take the ferry boat from the area of North Evia called Glyfa, which is close to the area of the plots, and go over to Agios Konstantinos, where all the ferries leave for the Sporades islands. The islands of Skiathos and Skopelos are also located in Sporades, and became famous from the movie “Mamma Mia”.

Eretria, EviaEvia, (pronounced EH-vee-ah by most people and you-BEE-yah by archaeologists and classicists) has a rich history and more ancient sites than just about any island other than Crete. Also if you are interested you can listen in some of the countless villages of Evia , different Greek dialects used by the elderly in the past years. it is interesting because even the Greeks don’t understand these dialects.

The topography of the island is as varied as anywhere in Greece, with sparkling Aegean beaches and coves on its east coast, a mountainous interior with rivers, streams and forests, a west coast that is a mix of beaches, the city of Halkida, large towns, industry, agriculture, beaches and wetlands. And in the northwest the town of Edipsos is the most popular spa in Greece, with hot water gushing from rocks and crevices into the sea and pools of the many hotels and healing centers. Tourists all over the world visit Edipsos all year around for its thermal baths and treatment.

There are several ways to reach Evia from Athens. Which way you choose depends on where in Evia you want to go, because as i said; Evia is a very large island and a very long one. How large and long? From one tip to the other could take you four or five hours by car. You could drive almost to Thessaloniki from Athens in that time.

You can stop to swim in the cool waters of the river Kireas that runs along the road going north from the modern town of Chalkida to the fishing village of Limni, the thermal baths of Edipsos and the beautiful beaches of the north coast. 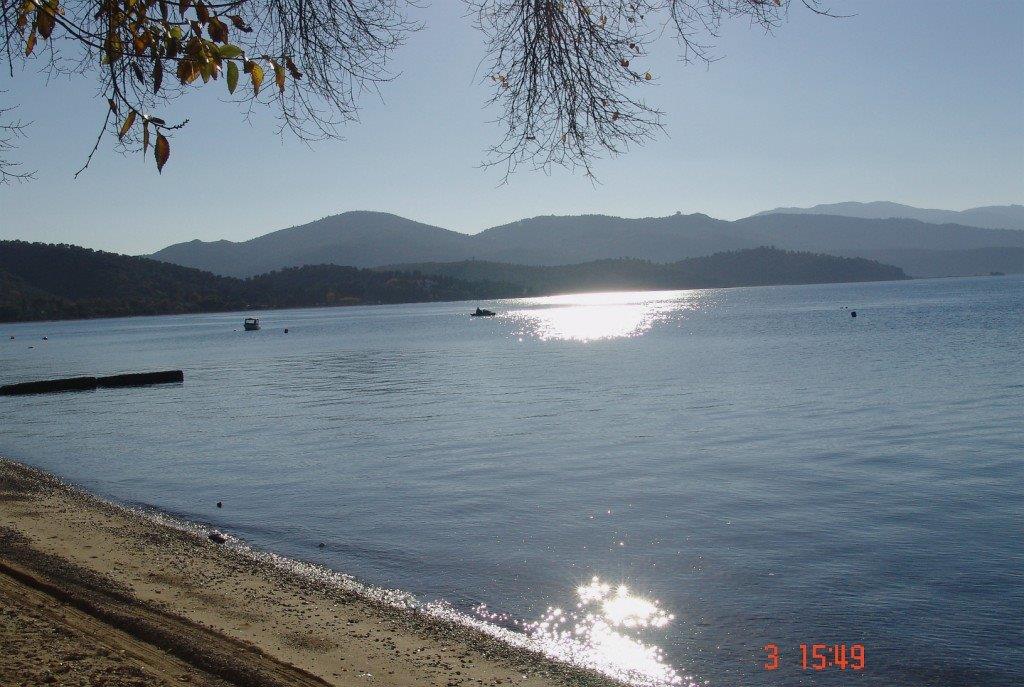 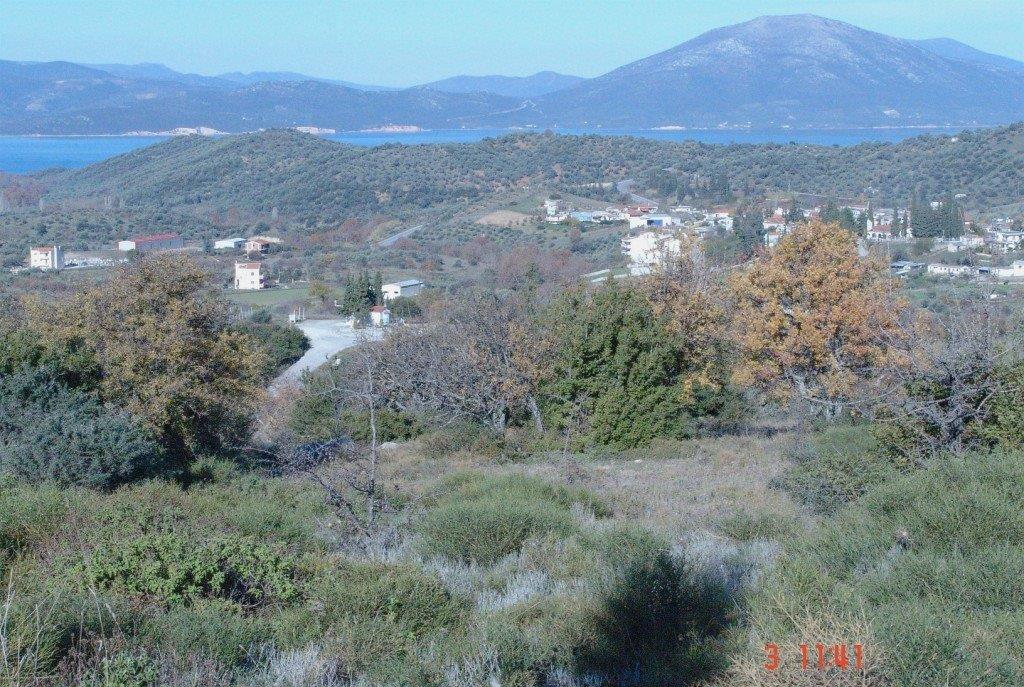 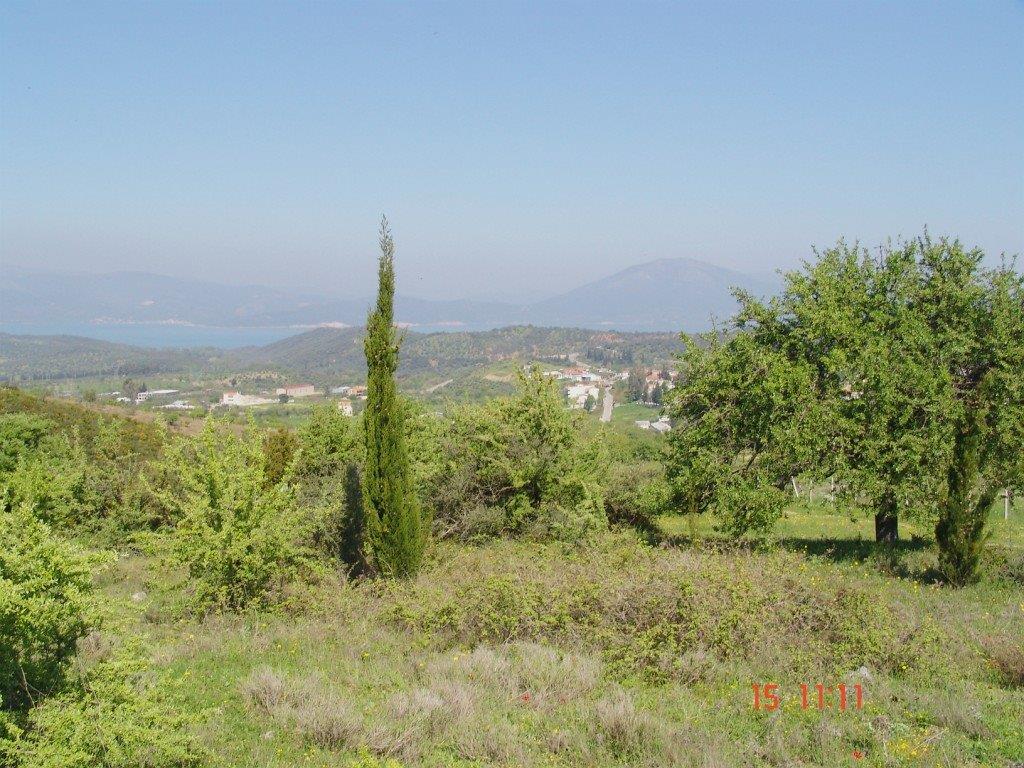 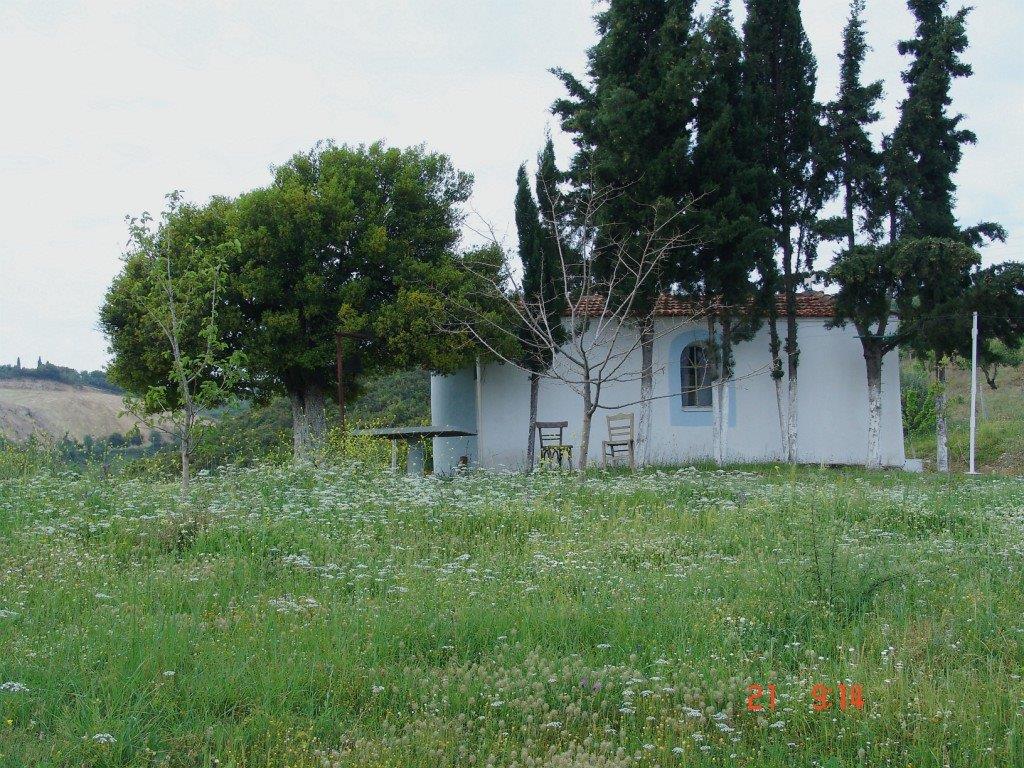 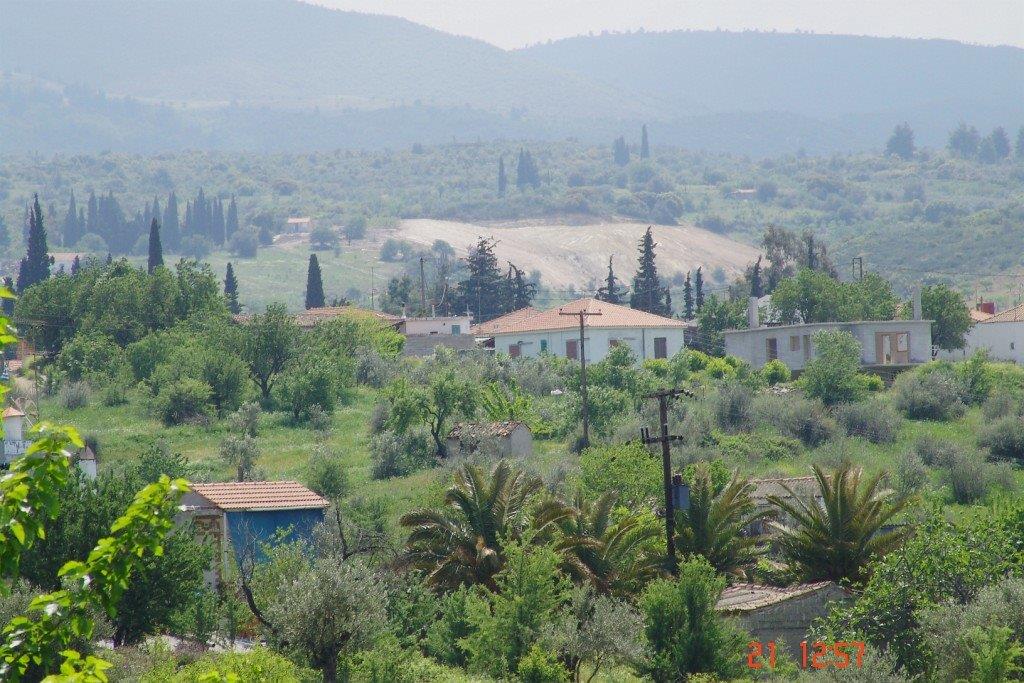 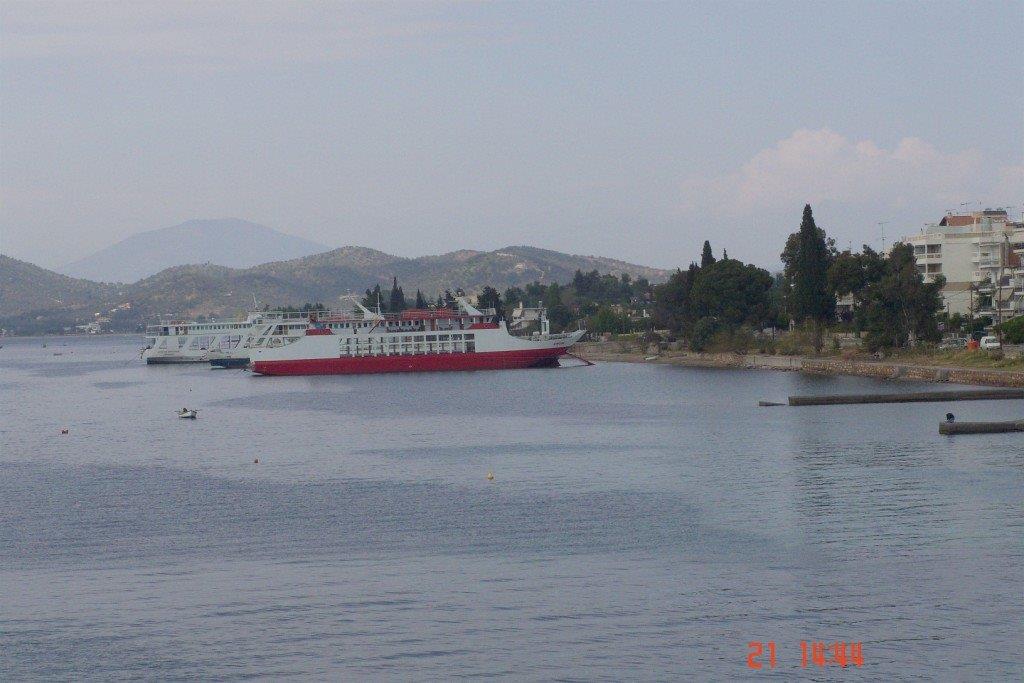 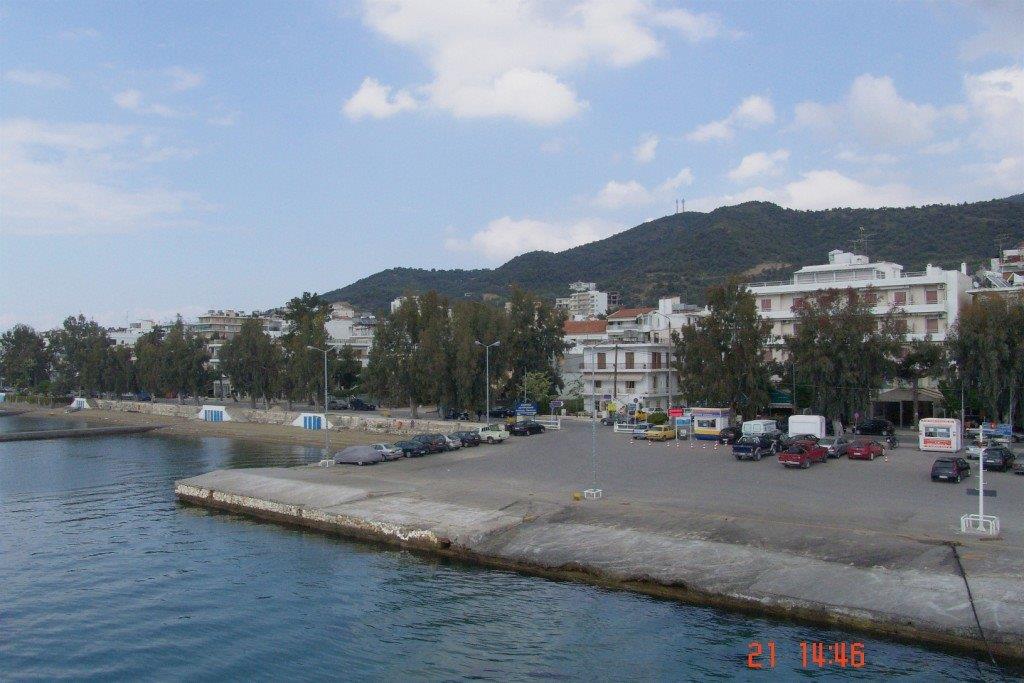 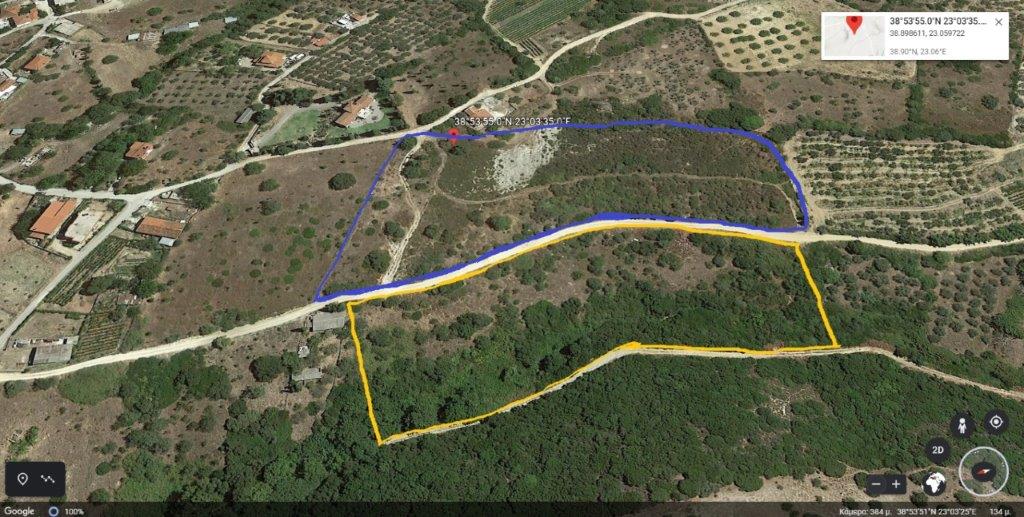