With its fascinating history and breath-taking natural scenery, Greece continues to be one of the most desirable places to live across the globe. On offer here is a chance to invest into this magnificent part of the world with this superb house.

Not only is this property a spacious and comfortable place to live but its also a potentially lucrative venture into Greece€TM holiday rental market thanks to its idyllic location. Nea Smyrni is ideally situated as it is between Piraeus and Athens and within 15 minutes you can be in the centre of both, the area is also just a few minutes€TMdrive away from many stunning beaches.

Sports and Leisure fans will not be disappointed either as the area is surrounded by many excellent walking, cycling and water-sports and fishing areas. The area is also idyllic for golf fans as it is surrounded by many excellent courses such as Golf Dimou Glyfadas (just 7 miles away). Soccer fans will also be keen to note that the area is under half an hour from the home stadium of three of Greek football€TM biggest clubs, Olympiakos, Panathanaikos and AEK Athens who play at the Olympic stadium which hosted the 2004 games, making the area a real hotbed for football overall.

The area is also very well connected transport wise on the ground and in the air with Athens international Airport just 22 miles away. This of course provides another massive plus point in the context of holiday rental and commuter markets.

The apartment is situated on a single floor, the apartment building comprises of 6 apartments all on their own floor.

it is 107 m2 and has 3 bedrooms , 2 large double bedrooms and a single bedroom. it has a main bathroom with a bath and shower and a WC with a hand basin and toilet. it has an underground enclosed private garage (shared with the 4th floor) and a warehouse of 6sq metres. it also has a roof garden with BBQ which is a common area for the apartments use. The flat comes with air conditioning in each room, mosquito nets on all windows and doors, alarm system, refrigerator, ceramic hob and cooker and dishwasher. They are being left as they are part of a wood furnished and fitted kitchen.

The property is ideally located in Nea Smirni , a ten minute ride from the Athens Riviera, a quiet and a respected residential suburb . The apartment is only a 10-minute walk to the platea and only 10-15 minutes ride to Stavros Niarchos. it is ideally situated as it is between Piraeus and Athens and within 15 minutes you can be in the centre of both. The building is in excellent condition and all the original owners are in the apartment building from the beginning, in January 2005.

The neighbourhood of Nea Smyrni, which can be found between the centre of Athens and the southern coastal suburbs of Alimos and Glyfada, is widely regarded as one of the best city neighbourhoods in Europe (was voted in the top ten in a recent 2020 poll by the guardian newspaper).

For a superb visual representation of the area at day and at night, copy and paste the following links to your browser:

With equal measures of grunge and grace, Athens is a heady mix of ancient history and contemporary cool.

The magnificent Acropolis, visible from almost every part of the city, is the hub around which Athens still revolves. This temple city, built in the 5th century BC, serves as a daily reminder to Greeks of their heritage and the city’s many transformations. All over the urban basin, rooftops and balconies angle toward the landmark, a block of milky marble atop a steep-sided hill. Pull up your own chair, settle in and allow time to appreciate the Acropolis’ many moods, as the light shifts and the clouds cast their shifting shadows.

The cultural and social life of Athens plays out amid, around and in landmarks that are centuries old, if not millennia. The remnants of Ancient Greece get the most attention, of course, thanks to a little thing called democracy. Oh, and mythology, and drama, and philosophy. But don’t overlook the ‘later’ years: thousand-year-old Byzantine churches, for instance, which squat, unruffled in the middle of streets and attached to hillsides. Ottoman traces can be seen in architecture and in food. And the neoclassical style of the 19th century adds elegance all over the centre.

Although Athenians have endured difficult circumstances since the start of the economic crisis in 2009, the city as a whole crackles with energy in art shows, political debates and even on the walls of derelict buildings, as Athens has become one of Europe’s most noted spots for street art. Creative surprises lie around nearly every corner, so be sure to leave room in your schedule for spontaneous discovery: buy a ticket to that dance show that’s just starting as you walk by, or sit down at the restaurant where the musicians are setting up. You’ll be rewarded.

Beyond Athens, down the Attica peninsula, are more spectacular antiquities, such as the Temple of Poseidon at Sounion and the site of Ancient Eleusis, as well as very good beaches, such as those near historical Marathon. Sure, you could zip across, west to east, in less than an hour, but it’s far more fun to take a leisurely road trip to a thermally heated lake, say, or a monastery with dazzling Byzantine mosaics. if you’d rather not drive, most of these surprise sights (including great beaches) can be reached on public transport.

Located in a peaceful and well-run community
Being sold unfurnished although this can be negotiated
Spacious 110m2 apartment
3 bedrooms
Open plan kitchen /living room
1 bathroom
Rooftop garden area
Garage
Lift that goes direct from the garage to the apartment
Warehouse of 6 sq. meters next to the garage
Air conditioning in each room
Mosquito nets
Massive potential in the Greek holiday rental market
Surrounded by many areas of outstanding natural beauty including the famous Athens Riviera (just ten minutes away)
Just 15 minutes away from both Athens and Piraeus
Only 10-15 minutes from Stavros Niarchos
10 minute walk from beautiful park, known as Alsos, which includes kids adventure playgrounds
Surrounded by numerous walking, cycling, fishing and water sports areas
Just a short drive to many stunning beaches
Close to many superb golf courses such as Golf Dimou Glyfadas (https://glyfadagolf.gr/home)
Excellent transport links
Just 22 miles from Athens international Airport 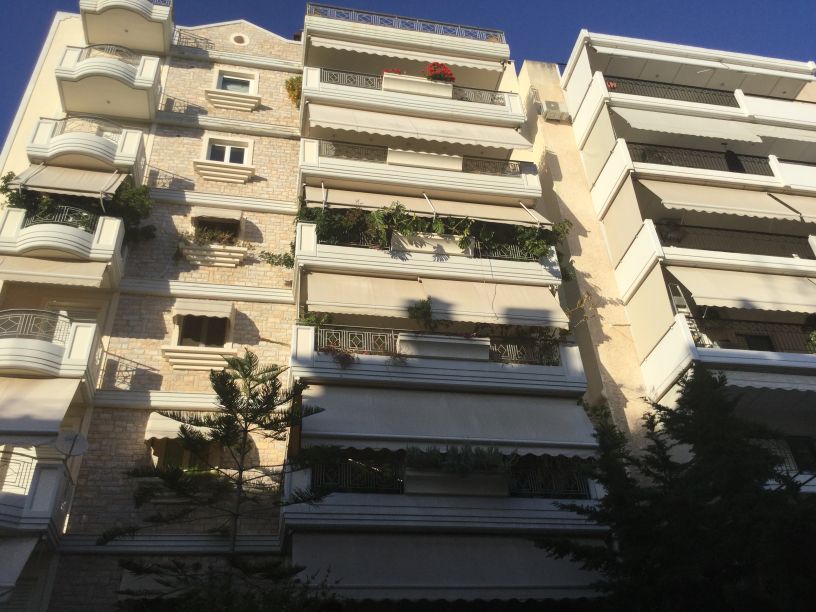 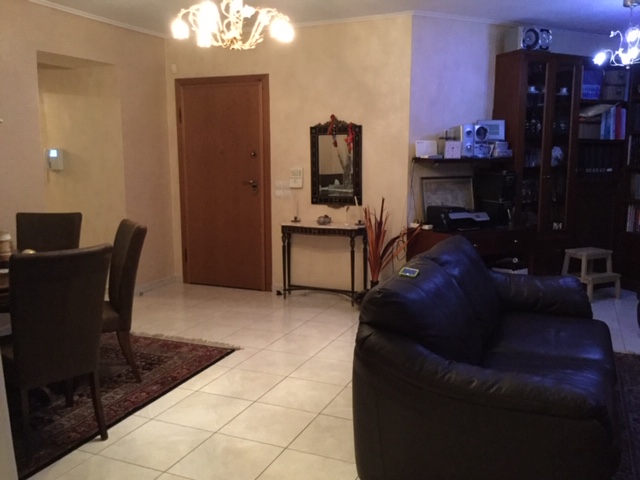 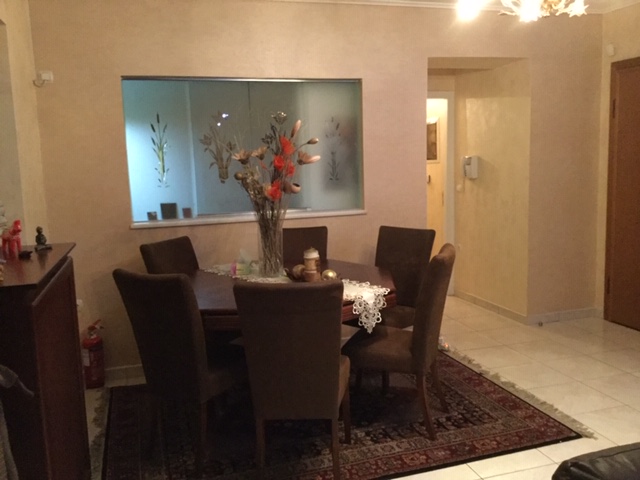 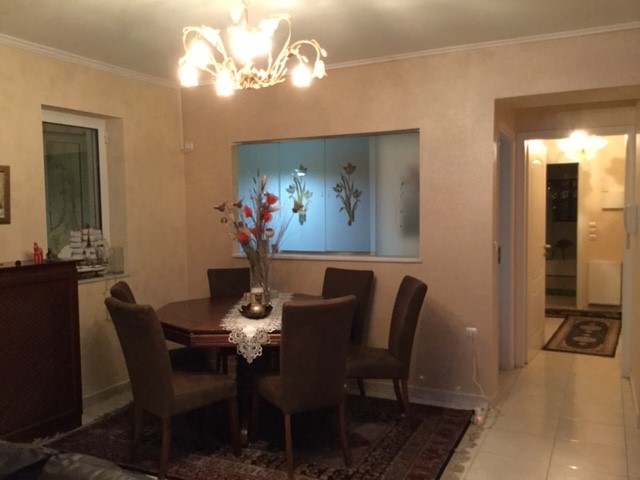 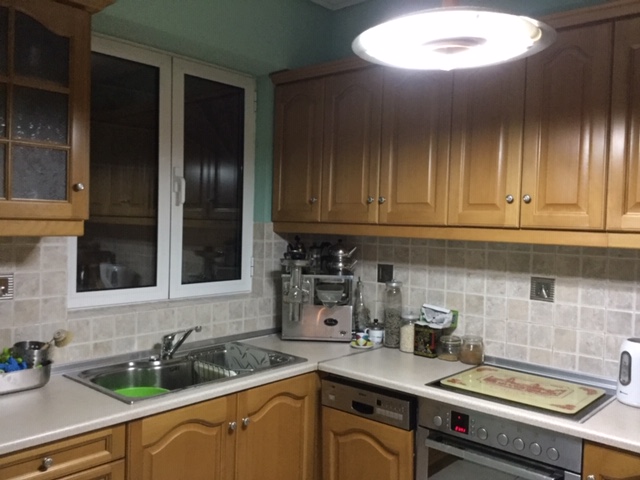 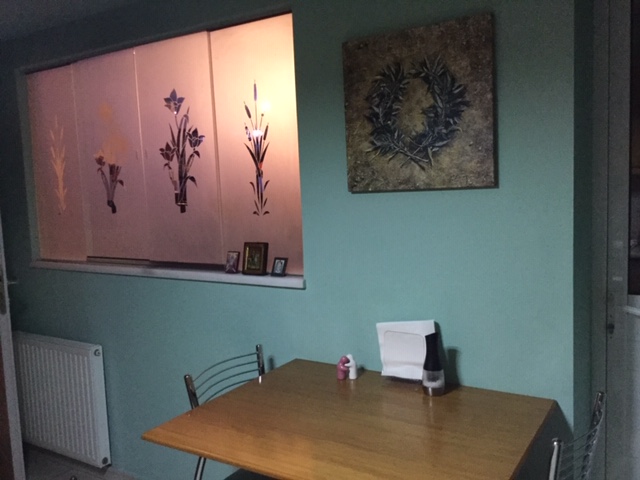 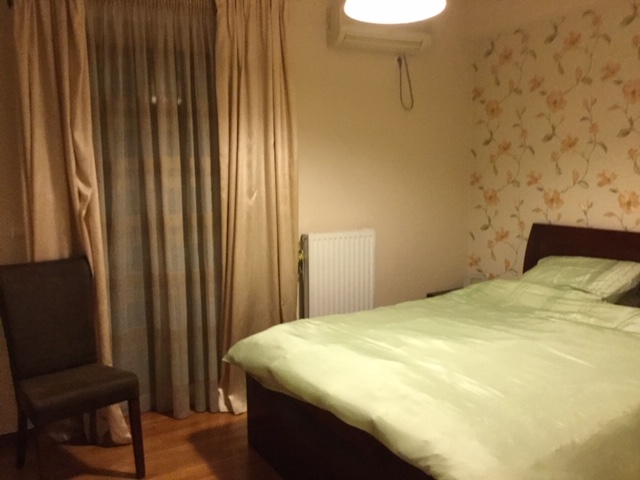 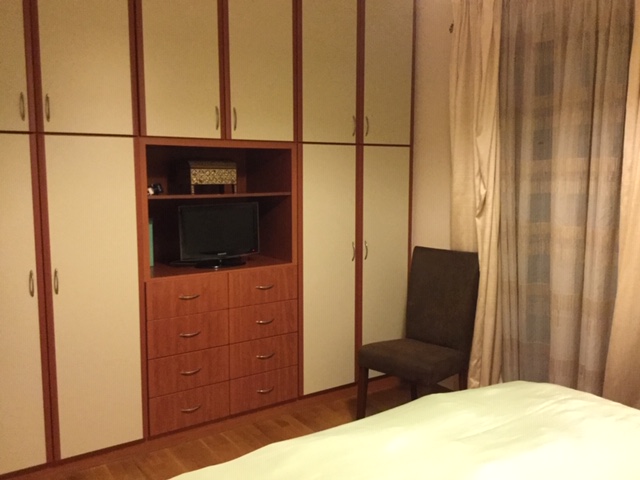 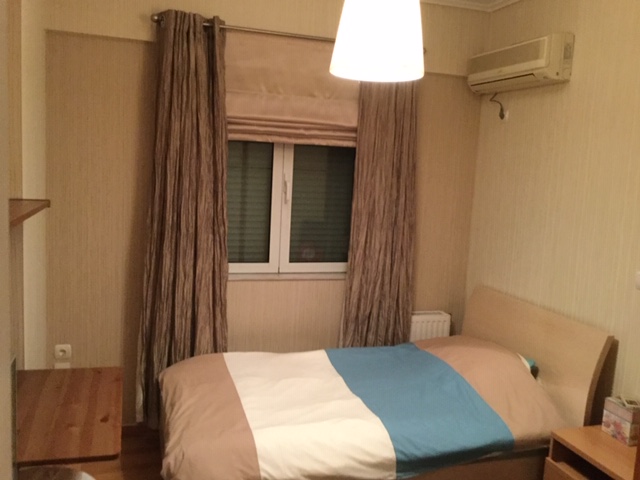