Famed for its beautiful beaches easy living and golf resorts, France remains one of the most desirable places anywhere in the world to live. This glorious property offers you the chance to wake up to this magical place every morning and make a fantastic investment at the same time. Consisting of two large, attached houses this property is in a very quiet village in Limousin area of central France.

Oradour sur Vayres is known for its annual Fete which attracts some 15,000 people from around France to this small town every July for a feast of food, music, and entertainment. Its an event not to be missed. Apart from this the village offers many outdoor activities such as Motorcycling Motocross, shooting, cycling hire and cycling routes around the region, football Tennis, Camping, and walking. Opposite the property is a large car park where people can park their cars and cycle to the next villages using the now removed railway track that used to carry passengers a ferry lumber around this part of France. The town hosts a large library and cycle hire venue.

The Marie lives in the town and the Marie’s office is very helpful for finding out about the local services available for residents. The library too offers a wealth of visitor attractions and details on what’s on around the region along with the best restaurants and evening venues. The town hosts a couple of hotels and Chambre D’hotes, a choice of restaurants and cafes, newsagents, Boulangerie, Pharmacist, doctors, and banks. Limoges is just a 30-minute drive giving access to great selection restaurants, hotels and shopping and offers main line links by rail, aeroplane, and car to the rest of France and Europe and Internal destinations. The well-known TGV train service has a direct line to Paris which is about 4 hours. Flights also available direct to Paris. Oradour sur Vayres is in a central location to many tourist attractions and offers stress free living but with good communication links to many large towns and cities in the is part of France. It’s a great get-away location as it is so peaceful and tranquil.

Oradour Sur Vayres is often mistaken for a similar named village nearer to Limoges, Oradour Sur Glane, which was the scene of one of the most horrific blood baths of the second world war where the entire village was raised to the ground and the residents massacred by gunshot by the German forces. This village is now an official museum town where visitors can go to see what happened there and learn about the events that took part there. The German forces intended to supress the then French resistance movement of Oradour sur Vayres, but mistakenly got the location wrong and set about destroying Oradour sur Glane.

The property on offer has been in existence since late 19th Century. Originally built as a house of stature but then later used as the local Gendarmerie and has been used as this until the new gendarmerie was built in the town some years ago. Both houses retain features of its use as a Gendarmerie in the barn spaces. The property housed inmates and Gendarmes’ families and was developed into the 8 apartments on offer today. The smaller house being newer and added as an extension to the existing larger house in the early 20th century. The original left-hand house is known as Une Maison de Maître, A Gentleman’s House, and built for someone of stature being an important community member. The house contains many original features on 3 floors such as wooden oak panel flooring throughout and ornate coving lining the ceilings along with ornate plaster castings for the central lighting in each of the downstairs reception rooms. Some original bathroom fittings remain as do all of the 8 fireplaces with large marble surrounds. It is a spacious property consisting of 3 floors above road level set out as one or two bed apartments, original wooden central staircase, loft space and double height basement barns at the back. The barns have a mezzanine floor offering plenty more space for additional accommodation or café/restaurant feature. In the lower part of the basement two original holding cells can be found offering a chilling insight into what it might have been like to be held there for a night or two in a small 6 feet by 4 feet mud floor cell, thick wooden door, no light or sunlight entering this space at all. The property is brick built, rendered with slate roof. Windows are shuttered and original and, in some cases, replaced with double glazed units. Views from the rear are spectacular offering scenic views communal grounds of the village and across the wooded valley beyond. The property is south facing so enjoys plenty of sunshine all day from noon onwards.

The second smaller property has two floors above road level and two floors below road level. This property offers plenty of living space and is ideal for conversion to a Chambre D’hote of 5 bedrooms or more with ensuite if required. It features a curved staircase to the rear of the property leading to the first floor then a further smaller staircase into the large roof space. The ground floor has been recently updated in part and the layout changed to include a lounge area, office space and large double reception/dining room, kitchenette leading to the main Kitchen/dining area, bathroom large bedroom and adjoined store which could easily be converted to a large bathroom and changing room. It’s a light and airy space with great views over the countryside to the rear. One of the two floors below road level is an apartment accessed via a small stairway at the back of the property. This is a great self-contained one bedroom apartment space overlooking the rear of the property and to the communal grounds beyond, there is also additional space behind this apartment which could be converted to further bedrooms or living space. Underneath this is a large barns which can be accessed either through a floor hatch in the back entrance way or at the rear of the property via large wooden Oak barn doors.

Both houses offer tall ceilings and plenty of space for accommodation. It could be restructured to suit many uses due to its simple construction. The main construction of the property is brick shell with rendered covering and slate roof. Most internal walls are easily removed as not load bearing.
Directly opposite the property sits the old Railway station now a residential property plus a social picnic spot and community parking for the local walks along the old, now removed, railway line to the next village.

Both properties offer plenty of dedicated parking and all-round access via a concrete stairway to the left if the larger house and a sloping grass covered driveway to the right of the second property, giving access to the rear of the property for vehicles and access to the large barn spaces for each house. The rear of the houses is a real sun trap and set in tree filled grounds and open lawn area of approximately ½ acre. The gardens are all laid lawn with some tree areas and two small outbuildings. One is a double concrete shed ideal for garden storage and the second it an old unused outside loo.
There are two wells with the property – the smaller house has its well in the lower barn space and the larger house has a large well in the garden. Both very much functional and can provide clean water for showers and the garden etc (not suitable for drinking).

The property is connected to mains sewerage having several bathrooms but has no running water in the property and not connected to mains water which is available via a street connection to the front of each house. Mains electricity is not connected to the larger house and the smaller house has a temporary supply of 6KW available. There are no electrical services in the property at all other than the mentioned temporary supply in one house. There is no plumbing or wiring in the houses at all as this has all been removed. The property is secure, and the gardens are maintained monthly until sold.

The property offers fantastic opportunity for development into apartments or chambre d’hotes. Some work has been carried out to the smaller property but remains in a position to be structured to several different layouts as required by the new owner. The rental potential is good in the area and this property could attract circa 600 Euro per one bed apartment per month according to figures based on data available a few years ago. The local Marie is keen is to see the development into apartments as this would support the local community and be a much-needed asset to the town.

The property is in the region of Haute Vienne, postal region 87150 just off the south-eastern tip of the Dordogne. This area of France is lush with forestry, woodland, and open spaces, it’s a great part of France to drive around as the roads are both straight and curvy and up and down hills and valleys. There is not much traffic to worry about apart from the larger towns and cities as you would expect. Located approximately 30 minutes’ drive from Limoges international airport and close to the N21 major trunk road leading to many other major towns of the region such as Perigueux, Angouleme, Poitiers, Limoges, Toulouse. This is an agricultural part of France where there is much livestock and arable farming. The locale is made up of much forestry and a lot a pretty hills and valleys with hidden villages, Chateaus and small towns.

Limousin is a sparsely populated historical region in south-central France. Mainly agricultural and covering part of the rugged Massif Central mountains, it’s known for beef farming and its distinctive Limousin cattle. Its principal city, Limoges, home to Gothic cathedral Saint-Étienne, has been producing fine porcelain since the 19th century. Thousands of pieces are on display at the Adrien Dubouché ceramics museum.

The Limousin area and former region is made up of just three departments, the Haute Vienne (87), capital Limoges, the Creuse (23), capital Guéret, and the Corrèze (19), capital Tulle. Lying between altitudes of 200 metres and 1000 metres, the Limousin is mostly a region of hills and valleys and low mountains. The highest point in Limousin is the Mont Bessou, 977 metres, near Ussel, in the Corrèze department; it is the highest point of a large upland area, a part of the Massif central known as the Plateau de Millevaches, which borders on the higher areas of the neighbouring Auvergne region.

• Beds: 10
• Bathrooms 10
• 500 m2 living space
• 1838m2 plot
• Stunning Views
• Private Garden
• Private Parking
• Massive potential in the rental market with guaranteed returns
• Close to essential amenities like such as supermarkets and pharmacies
• Close to many excellent bars and restaurants
• Great base from which to discover other fantastic areas of France
• Many excellent sports facilities, fishing, walking and cycling areas nearby

Contact us today to buy or sell your property in France fast online. 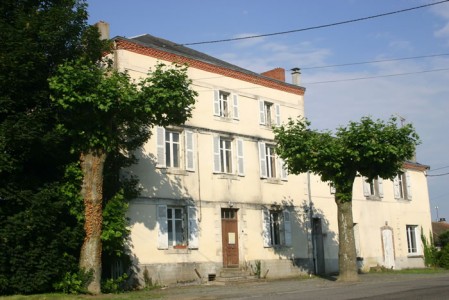 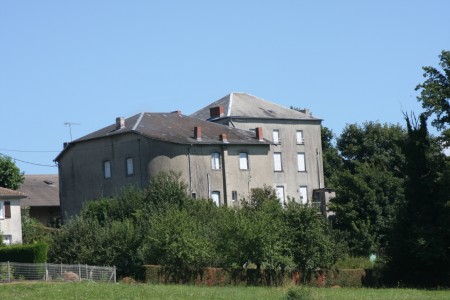 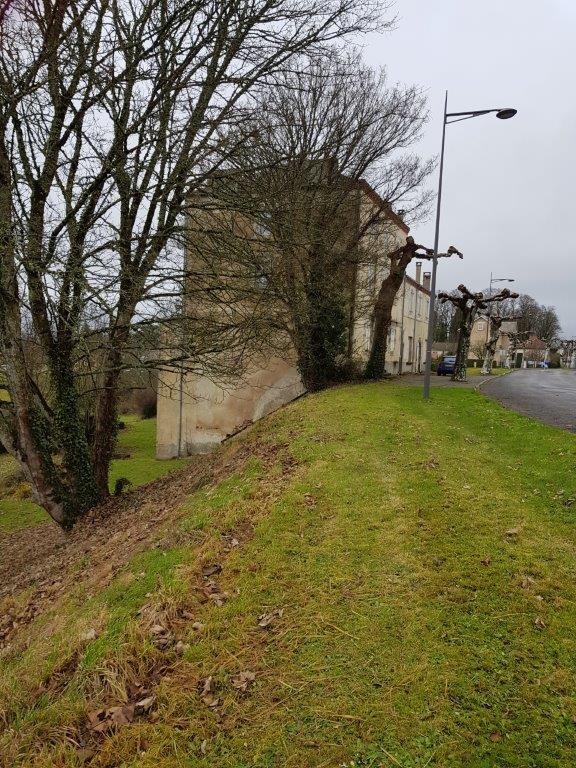 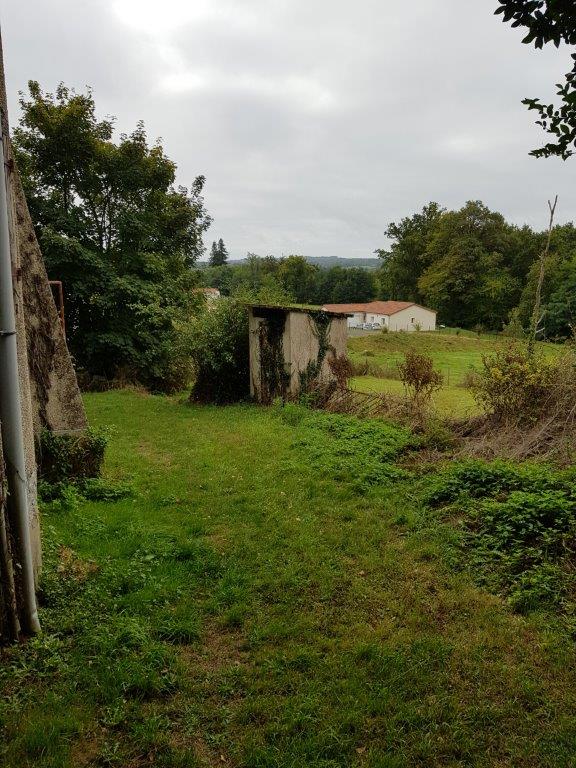 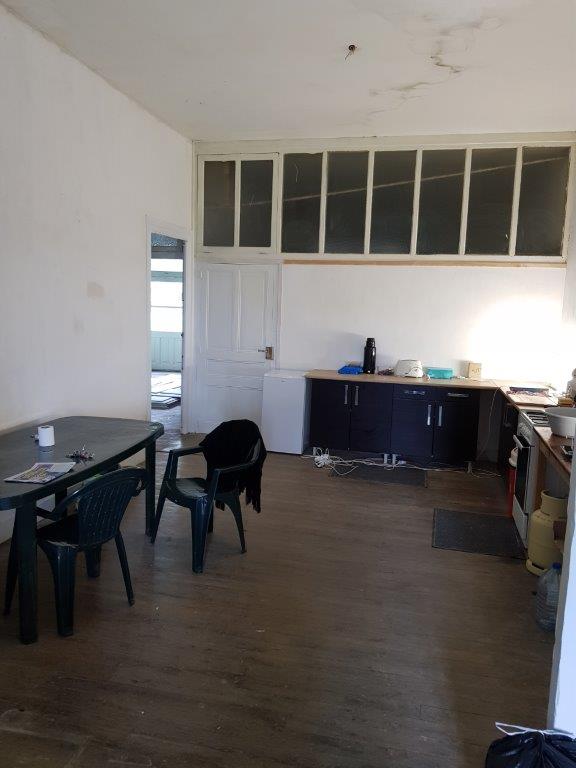 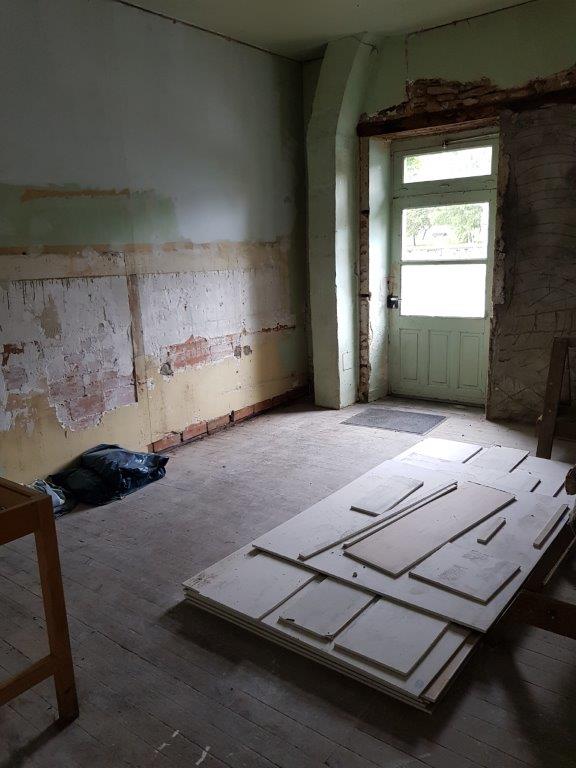 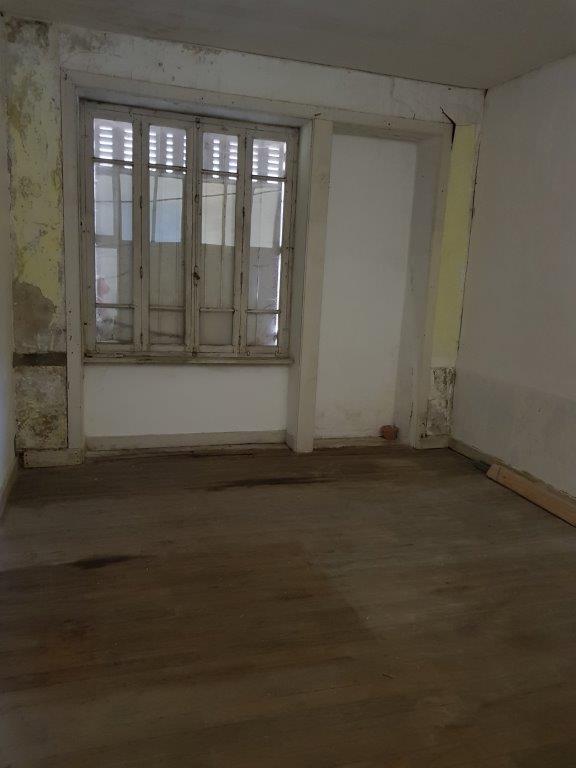 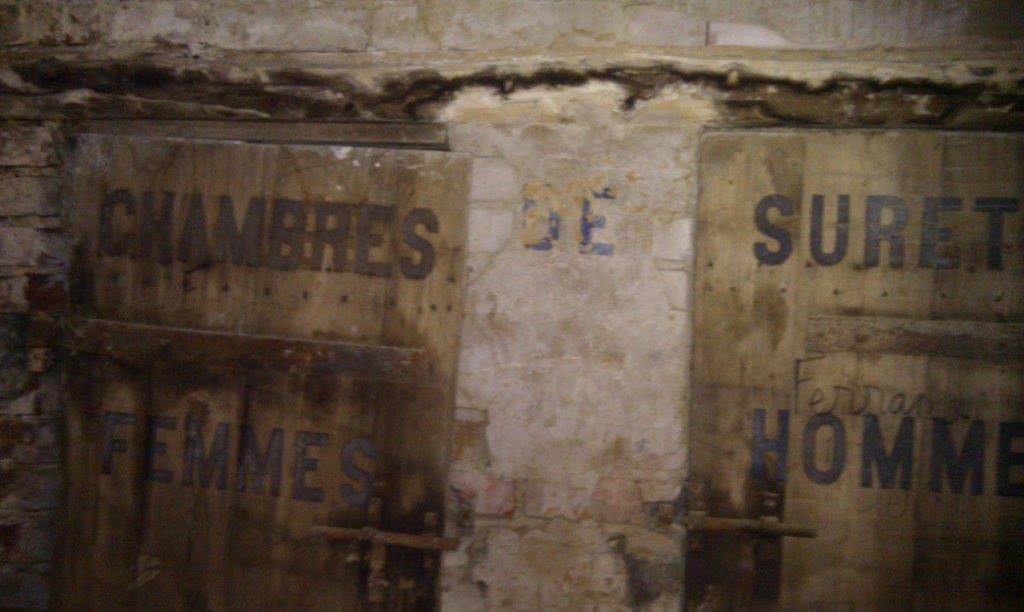 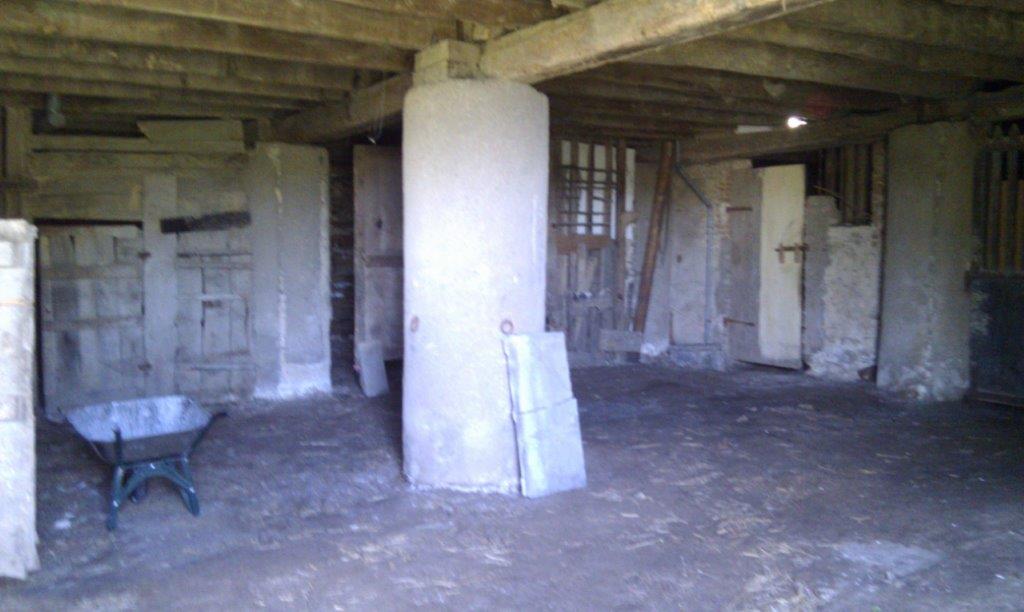 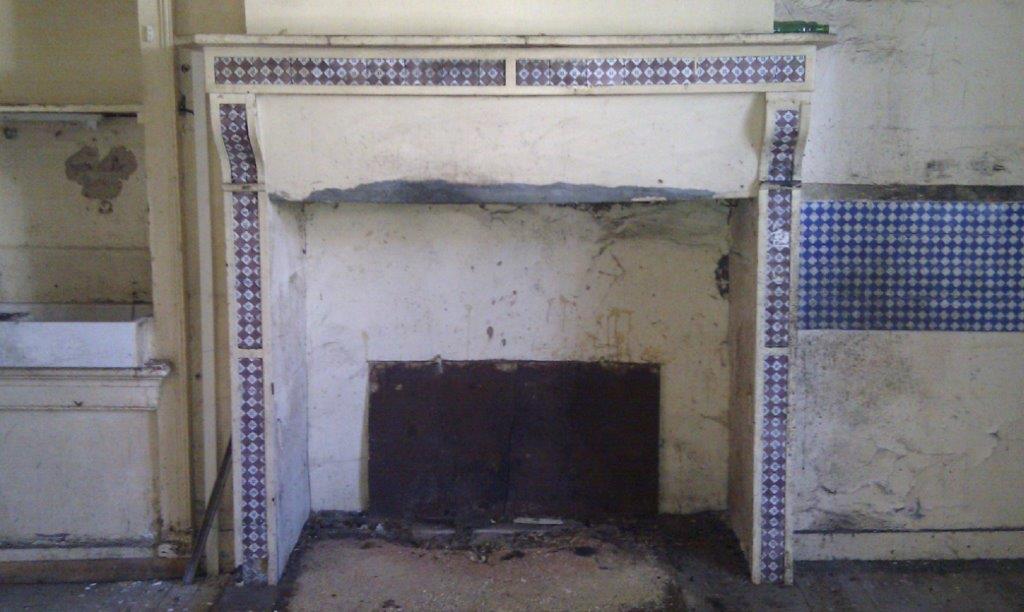 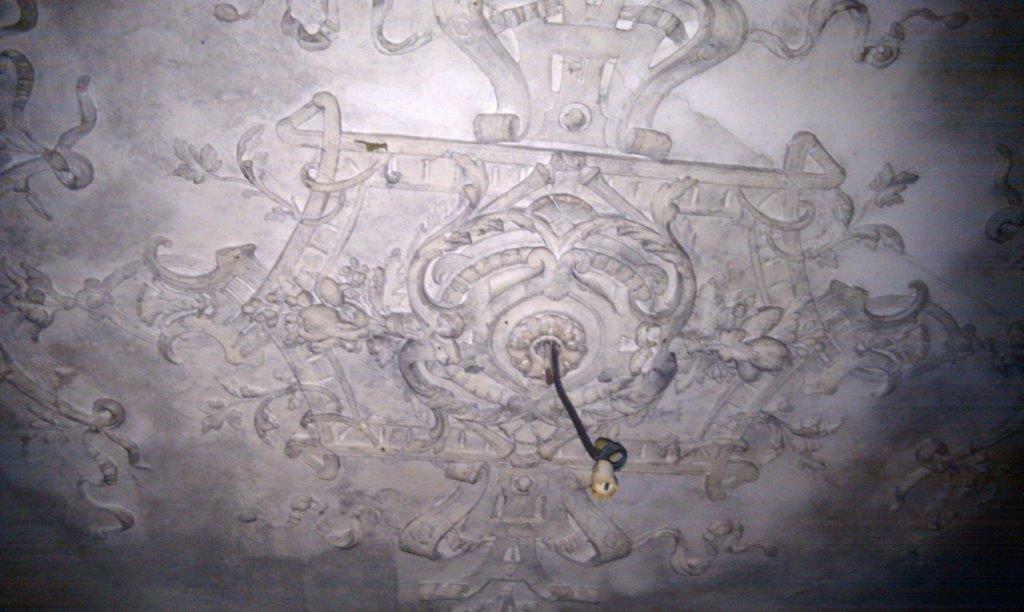 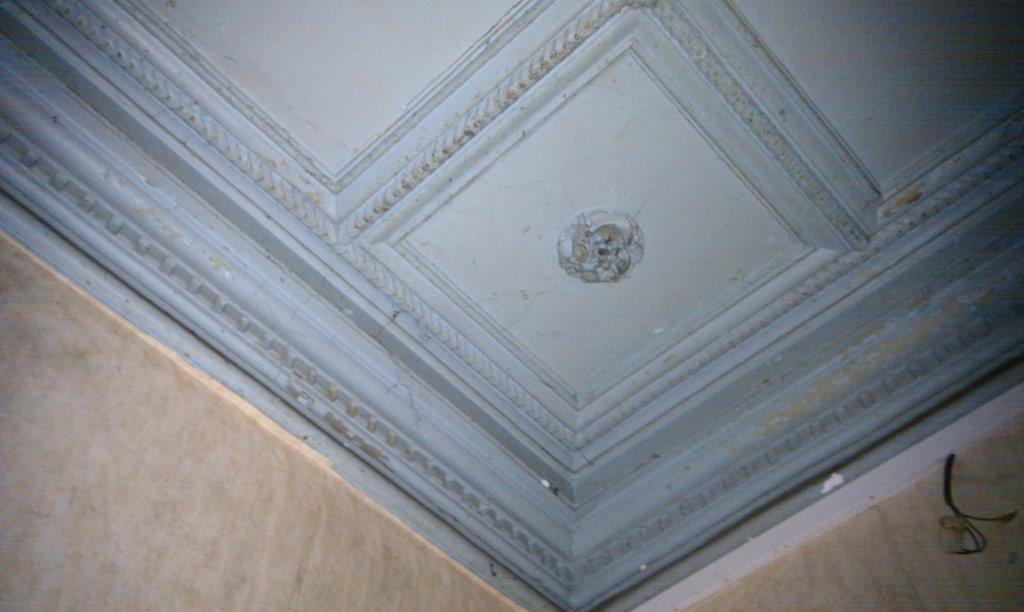 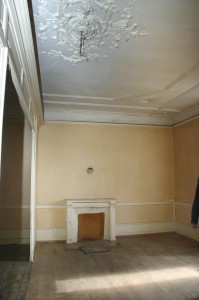 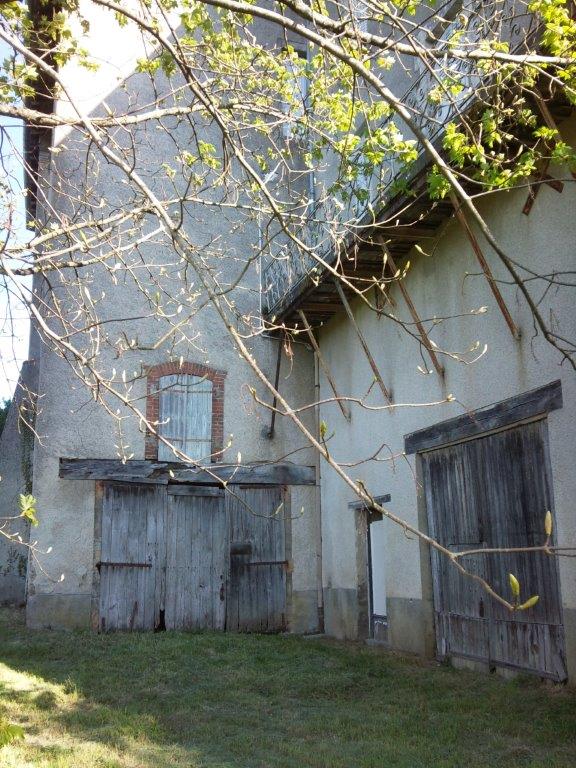 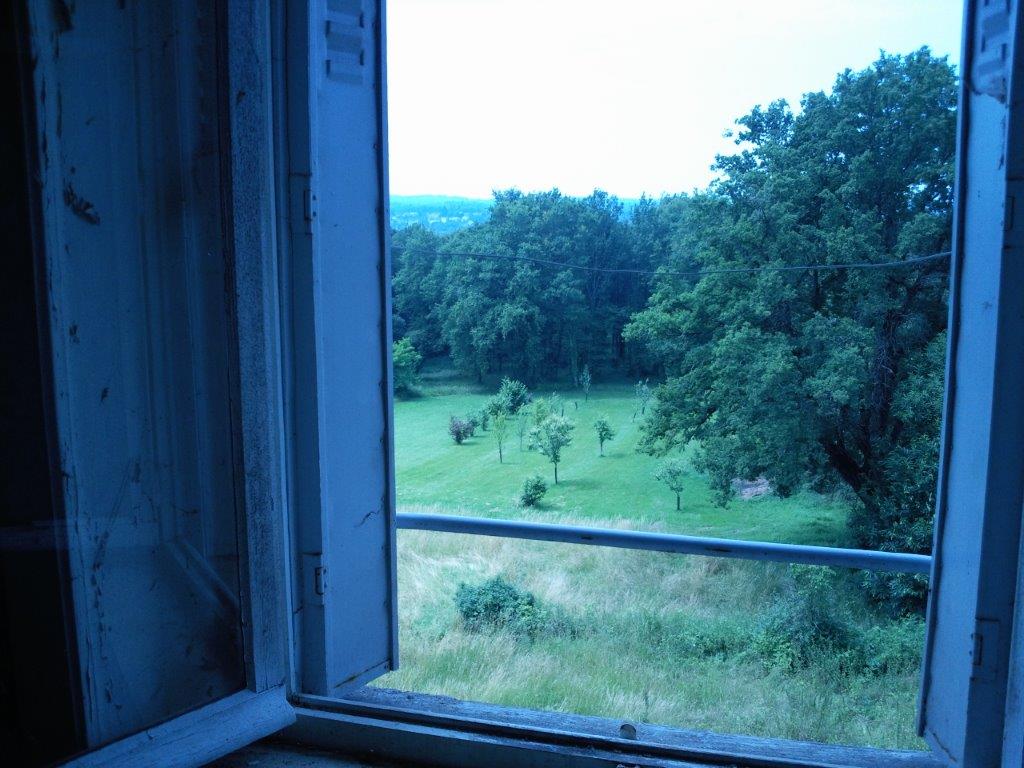 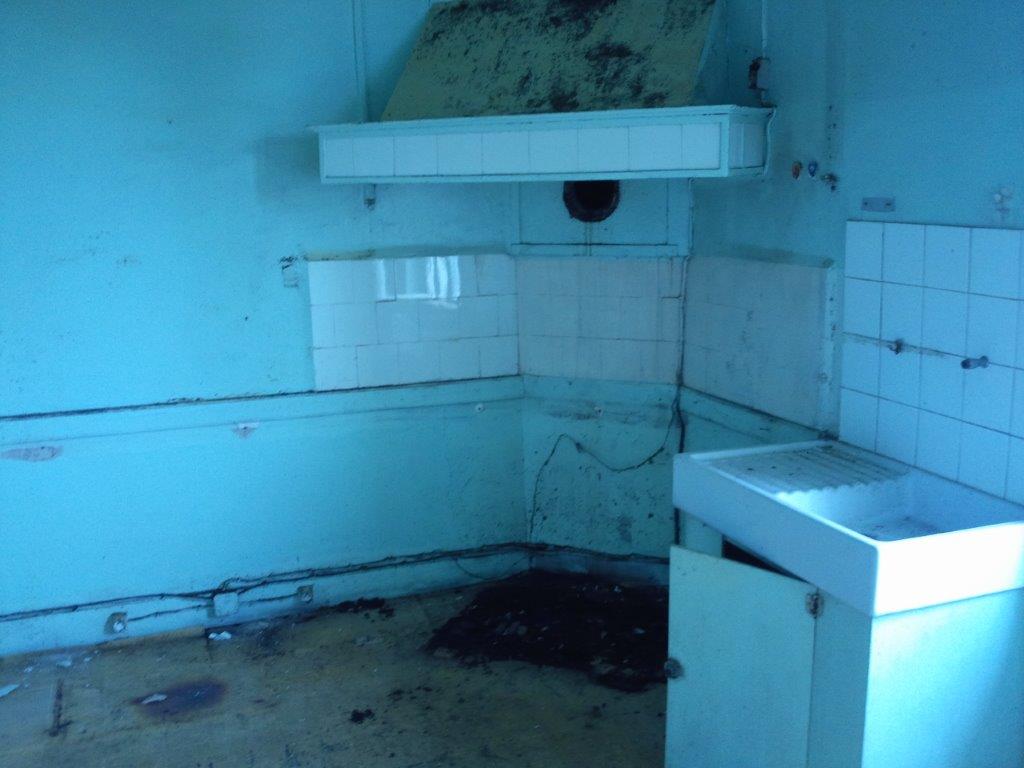 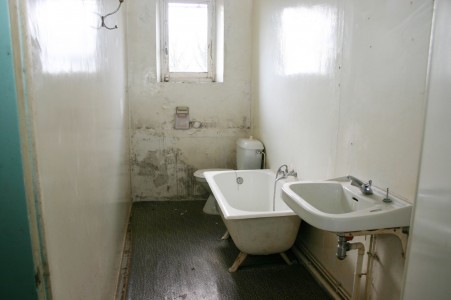