Thanks to its warm climate, fabulous Mediterranean coastlines, and laidback atmosphere, the Italian island of Sicily continues to be one of the most desirable places across the world to be at any time of year. On offer here a fantastic opportunity to make a smart investment into this mesmerising part of the world with this stunning villa.

Split into two apartments this fantastic villa features 6 spacious bedrooms, 2 BATHROOMS 2 UTILITY ROOMS with shower plus toilet. 2 kitchens, 2 living rooms / dining rooms plus treble garage – total 14 rooms it has been extensively modernised and refurbished over the years to incredibly high standards. The villa is also perfectly positioned to take advantage of the magnificent beaches and areas of outstanding natural beauty that make this island so iconic, without being too far away from amenities such as shops, bars and restaurants in the nearby area All needs and desires truly are catered for in this wonderful place.

Not only is this villa a smart real estate investment but also a potential venture into the lucrative holiday rental market. Thanks to the emergence of direct rental sites such as Airbnb and booking.com, this market is going through a golden age right now and Sicily is consistently one of the most popular locations in this context. As stated, this villa in particular, is perfectly located to cater for tourism as well as being a great place to reside.

Sports and leisure fans will not be disappointed as the area is close to many excellent walking, cycling, water sports and fishing areas as well as many places of historical interest such as Cattedrale di Palermo and Tempio di Segesta. For golf fans, the fabulous course known as Villa Airoldi Golf Club, is just 35 minutes away. The property is also just 30 minutes away from the home stadium of Palermo FC.

The area is also very well-connected transport wise both locally with excellent roads and internationally via air and sea. The nearest international airport is Palermo, which is just 25 mins away by car, this is of course another huge plus point in the context of attracting holiday rentals.

Acquaviva Platani is a hill town and comune in the province of Caltanissetta. The name of the town is derived from the numerous natural springs in the area. Until 1862, the town was called simply Acquaviva; the appositive Platani was added to distinguish it from the other three Italian towns named Acquaviva.

Eternal crossroads of the Mediterranean, the gorgeous island of Sicily continues to seduce travellers with its dazzling diversity of landscapes and cultural treasures.

Seductively beautiful and perfectly placed in the heart of the Mediterranean, Sicily has been luring passersby since the time of legends. The land of the Cyclops has been praised by poets from Homer to Virgil and prized by the many ancient cultures – Phoenicians, Carthaginians, Elymians, Romans and Greeks – whose bones lie buried here. Whether in the classical perfection of Agrigento’s Concordia temple, the monumental rubble of Selinunte’s columns or the rare grace of a dancing satyr statue rescued from Mazara del Vallo’s watery depths, reminders of bygone civilisations are everywhere.

A delectable layer-cake of culinary influences, Sicily’s ancient cuisine continues to rely on a few key island-grown ingredients: shellfish and citrus, tuna and swordfish, pistachios, almonds and ricotta. Talk to the septuagenarian chef at a Catania restaurant and she’ll confide that she still uses her grandmother’s recipe for pasta alla Norma, joyfully sharing the poetic imagery that links it to Mt Etna: the tomatoes are lava; the eggplant, cinders; the basil, leafy greenery; the ricotta, snow. Modern chefs may play with the details, but Sicily’s timeless recipes – from the simplest cannolo to the most exquisite fish couscous – live on.

Sicily’s varied landscape makes a dramatic first impression. Fly into Catania and the smoking hulk of Etna greets you; arrive in Palermo and it’s the sparkling Golfo di Castellammare. This juxtaposition of sea, volcano and mountain scenery makes a stunning backdrop for outdoor activities. Hikers can wind along precipitous coastlines, climb erupting volcanoes and traipse through flowery mountain meadows; birders benefit from the plethora of species on the Africa-Europe migration route; and divers and swimmers enjoy some of the Mediterranean’s most pristine waters. Whatever your personal predilections, Sicily and its dozen-plus offshore islands offer enough activities to build an entire vacation around.

As if its classical heritage weren’t formidable enough, Sicily is bursting at the seams with later artistic and architectural gems. In a short walk around Palermo you’ll see Arab domes and arches, Byzantine mosaics and Norman palace walls. Circle around to southeast Sicily and you’ll find a stunning array of baroque architectural masterpieces, from the golden-hued domes and palaces of Noto to the multi-tiered cathedral facades of Ragusa and Modica. Meanwhile, throughout the island you’ll find yourself stumbling upon the evocative remains of Arab and Norman castles. This embarrassment of cultural riches remains one of the island’s most distinctive attractions.

• 324m2 living space
• 1500m2 land plot
• 55m2 garage
• 6 Bedrooms
• 2 Bathrooms
• Massive potential in the holiday rental market
• Stunning views
• Close to essential amenities like such as supermarkets and pharmacies
• Close to many excellent bars and restaurants
• Great base from which to discover other fantastic areas of Sicily
• Many excellent sports facilities, fishing, walking and cycling areas nearby

Contact us today to buy or sell your property in Sicily Italy. 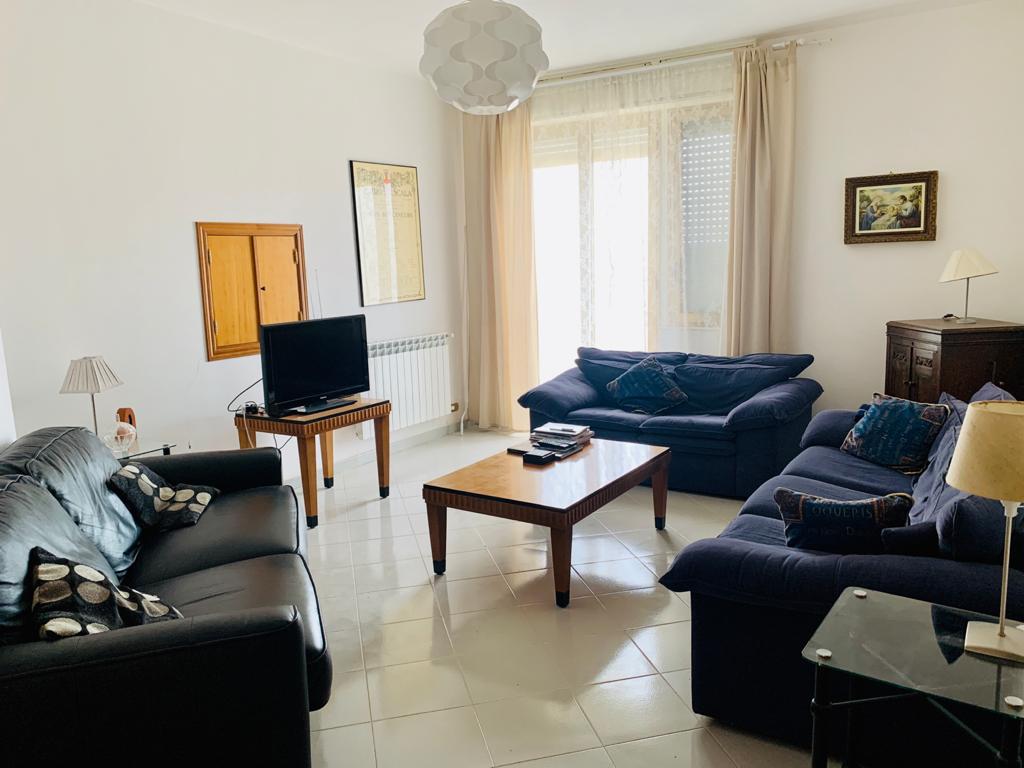 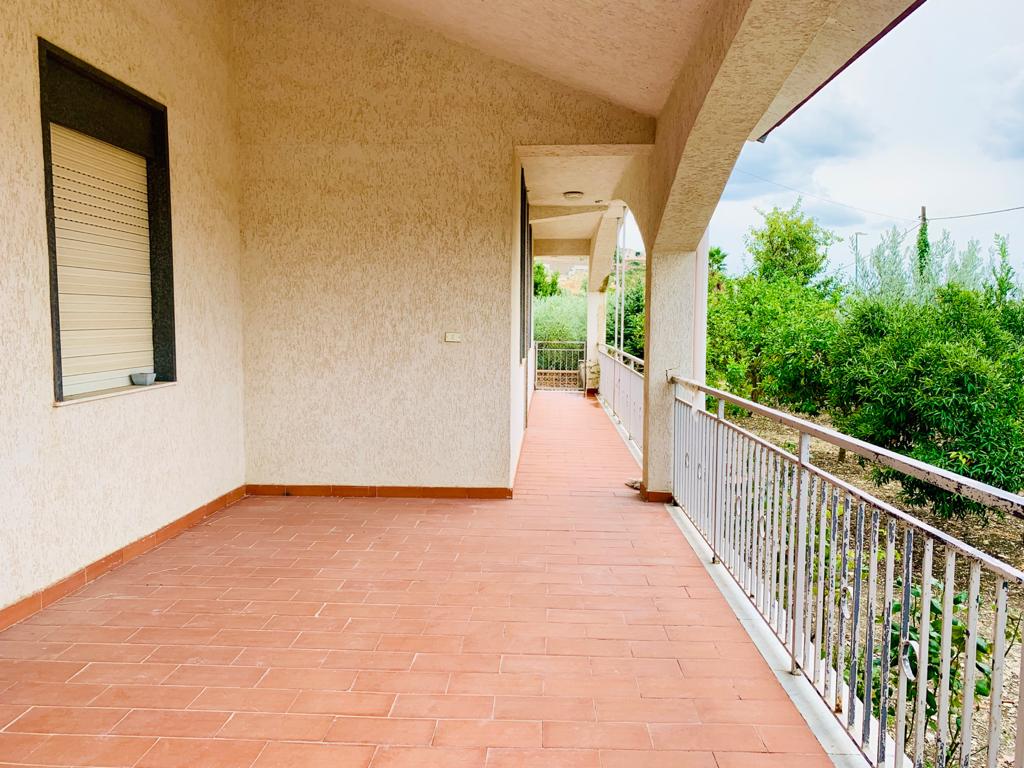 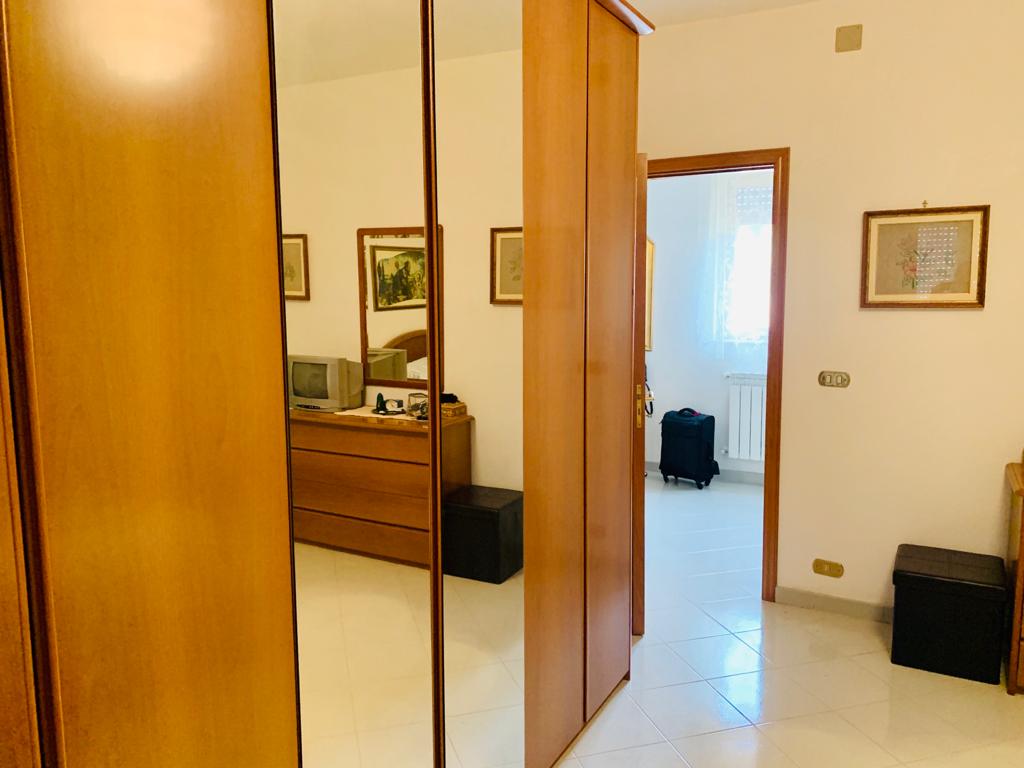 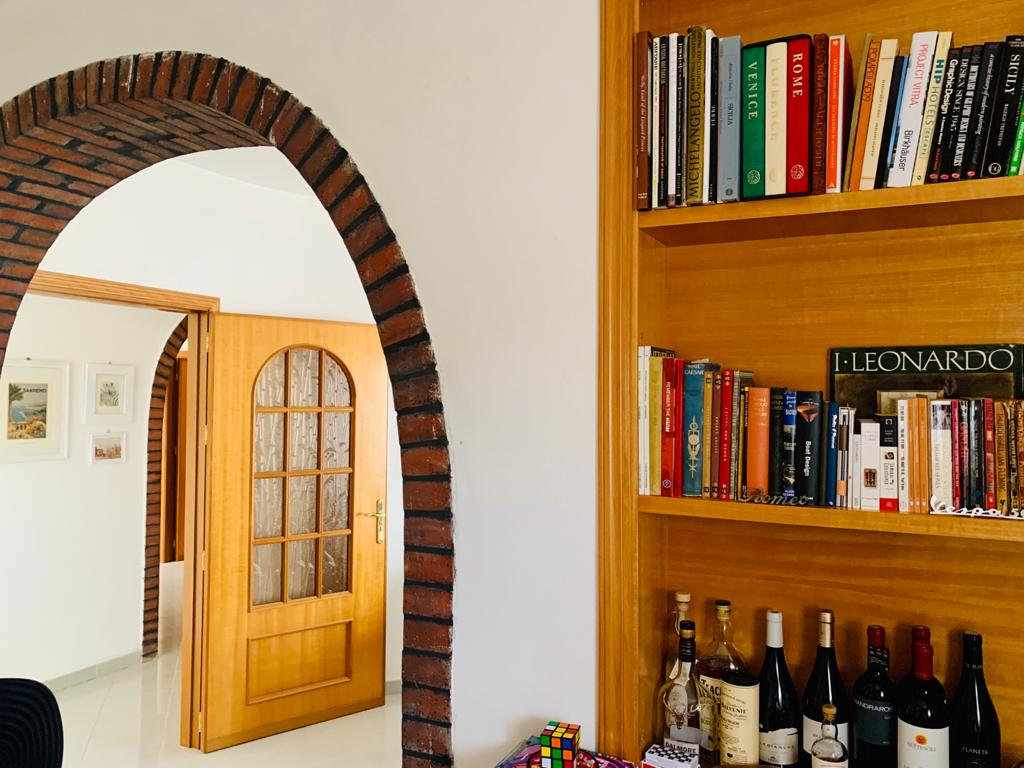 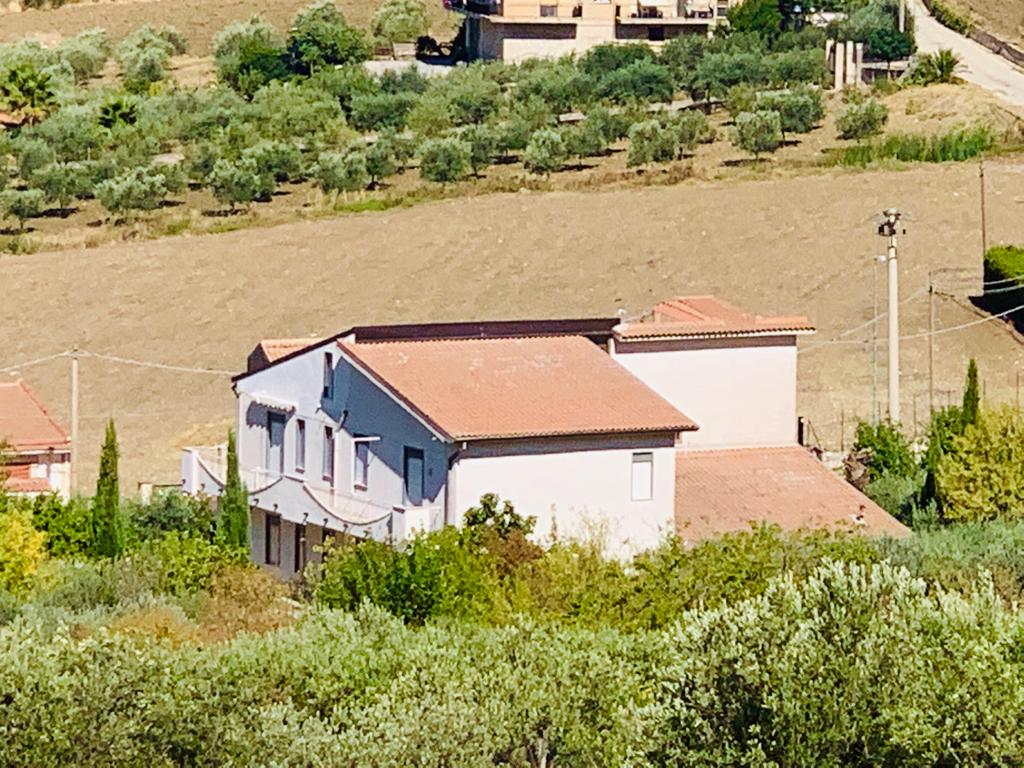 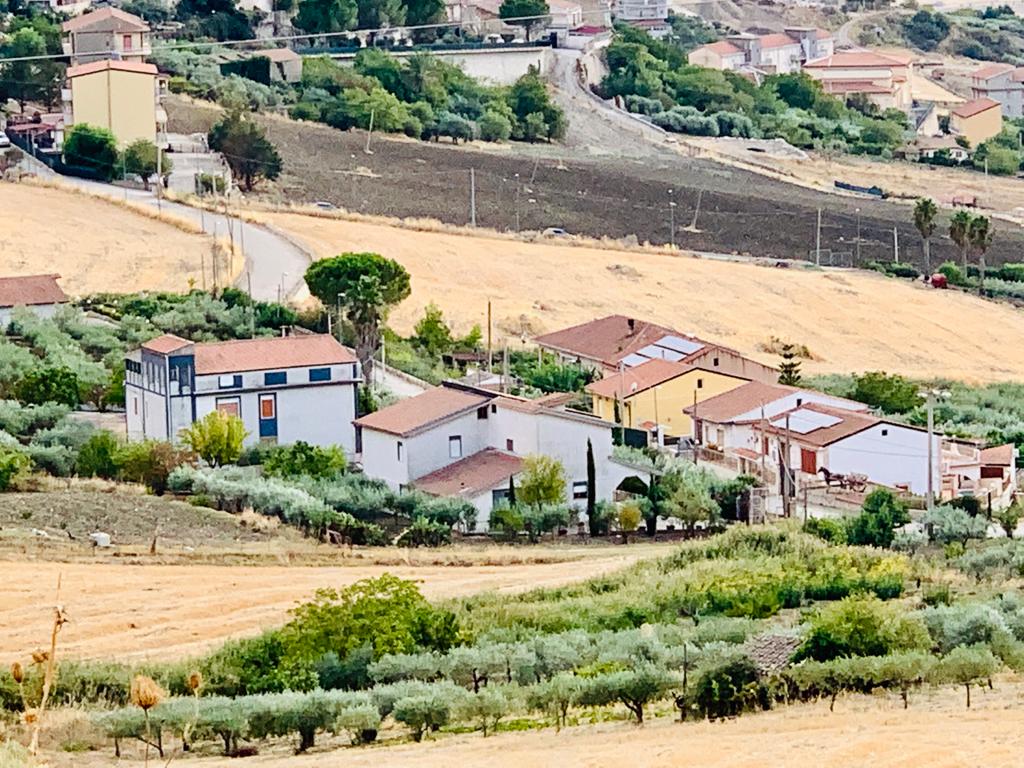